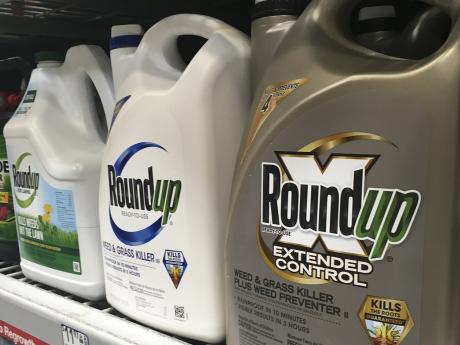 In this February 24, 2019 file photo containers of Roundup are displayed on a store shelf in San Francisco. A Northern California jury ordered agribusiness giant Monsanto Co. to pay a combined $2.05 billion to a couple who claimed the company's popular weed killer Roundup Ready caused their cancers. (AP Photo/Haven Daley, File)

A United States (US) court has ordered the parent company for the world-renowned weed killer, Roundup, to pay US$2 billion in damages to a couple who claimed that their non-Hodgkin’s lymphoma (NHL) was caused by decades of using the product.

The award to Alberta and Alva Pilliod, who reside in California, is the largest judgment handed down against Monsato, the firm owned by the German company Bayer, in three lawsuits that have gone to trial since last August.

In the first case that went to trial, Monsato was ordered to pay landscaper Dwayne Johnson US$289 million.

That figure was later reduced to US$78.5 million, triggering an appeal by Johnson’s attorneys.

In the second case, Monsato was ordered to pay Edwin Harderman US$80.2 million.

More than 13,000 lawsuits are pending in the US against the weed killer, which has been used for decades in the US and worldwide.

Baum Hedlund Aristei Goldman, the law firm that represented all three claimants, has claimed that a number of cancer studies have found evidence linking the weed killer’s main ingredient, glyphosate, to serious side effects.

The most serious Roundup side effects include Non-Hodgkin Lymphoma, the attorneys charged.

Jamaica’s Agriculture Minister Audley Shaw has announced in March that an investigation was launched to determine whether Jamaica should impose a ban on its importation and use.

“It is a cause for great concern and, in fact, already we initiated [an investigation] and requested information about the extent to which it continues to be imported into Jamaica with a view to banning it,” Shaw told The Gleaner.