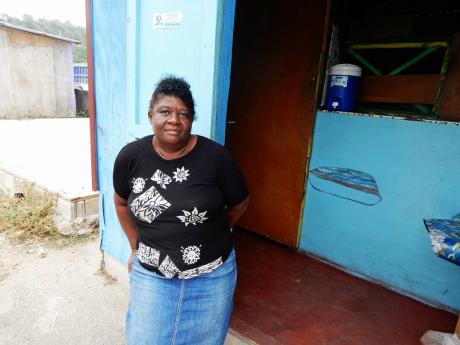 Several vendors with shops in the Port Maria Transportation Centre and Arcade in St Mary are complaining bitterly about the lack of business as transport operators shy away from using the facility.

On Friday, when The Gleaner visited the parish capital, bus and taxi operators were seen on the streets, letting off and loading passengers. However, a check at the transportation centre found it almost like a ghost town. Police officers were on the streets, but were not preventing the buses and taxis from loading on the streets.

“Business is very bad, it’s very bad,” complained Joan Edwards, a cook-shop vendor who has been operating at the centre for the past six years. I’ve been here from 2013. I do breakfast and lunch. In the mornings, I do ackee and saltfish, roast breadfruit, and for lunch, I do rice and peas, chicken, cow foot, curry goat, stew beef, and vegetable.”

Faced with a market fee of $2,000 per month, in addition to costs for electricity and water, Edwards said she is finding it difficult to keep her business afloat.

“Mi hardly surviving,” she stated. “We just need the taxi them to come inside here. When the bus and the taxi them come in, they let off people here so people will come and buy and sometimes they (transport operators) buy too. That’s what we want.”

Edwards said she is calling on the St Mary Municipal Corporation and the police to ensure that transport operators use the prescribed facility so that she and other vendors like her can make an honest living.

“If the taxi them come in here, it would be better, much better,” she said.

Another vendor supported Edwards’ comments, labelling the situation as “slackness”.

Mayor of Port Maria Richard Creary could not be reached for comments on Friday. However, the mayor has consistently raised the issue of transport operators refusing to use the transport centre at monthly meetings of the Municipal Corporation. On several occasions, he has chastised the police for not being effective enough in ensuring that bus and taxi operators operate within the law and use the facility.