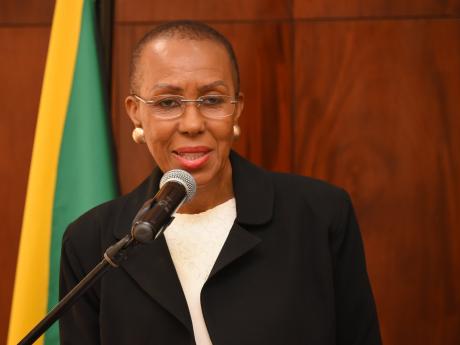 The Government’s drive to reduce electricity spend will be accelerated during the current fiscal year with the execution of energy efficiency initiatives across the public sector valued at more than $1 billion.

Major energy retrofits are slated for hospitals, schools, and other entities under the Energy Management and Efficiency Programme being implemented by the Petroleum Corporation of Jamaica.

This was disclosed by Minister of Science, Energy and Technology, Fayval Williams, during her contribution to the 2019/20 Sectoral Debate in the House of Representatives on Tuesday.

“Initial work should begin for lighting upgrade projects at 50 public-sector facilities. As a means of safeguarding the extensive investment being made under the programme, some 330 employees will be involved in the operation, management and maintenance of the equipment to be installed at the benefiting facilities,” said Williams.

She noted that employees at these facilities will also receive training, beginning this quarter.

“Among other things, the interventions at these institutions will involve the installation of energy-efficient lighting, solar photovoltaic technology and solar water-heating systems,” Williams said.

She added that these upgrades are expected to reduce collective electricity demand by 1,305,000 kilowatt hours (kWh) annually, which at current rates translate to more than $41 million in savings.

She informed that an energy-efficient air-conditioning unit was handed over at the May Pen Hospital in Clarendon last Thursday.