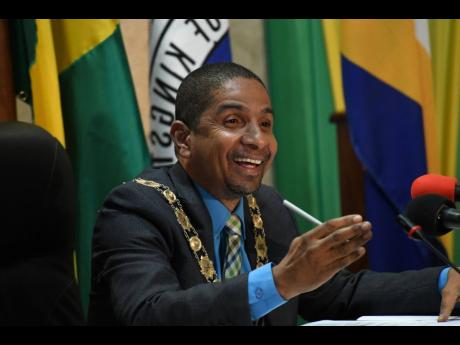 After years of suffering pounding night noises as a result of entertainment events on the grounds of the Hope Royal Botanic Gardens, home to the Hope Zoo, residents of Hope Pastures who have long complained about the failure of police to enforce the Noise Abatement Act are to set to get a reprieve in short order.

“On record today, we have to review each application for amusement licences for the Hope Gardens or the Hope Zoo. I don’t believe we can do otherwise, Williams said.

“So we have taken a decision that every request for an event for the zoo or Hope Gardens must be (taken) here. It can’t be that people just approve it. So we have to look at it … . We have to review each application for amusement licences for the Hope Gardens or the Hope Zoo. I don’t believe we can do otherwise,” Williams disclosed.

He added: “I was surprised when I was told that there was an event for Mother’s Day at Hope Gardens, which is the day before a working day, the day before Monday, but still Mother’s Day at the Hope Gardens and it was a huge event,” the mayor added. He explained that this followed a meeting with residents of Hope Pastures, following their failed efforts to get any redress under the Noise Abatement Act of 1997, enforcement of which facilitates legal measures to control noise caused by amplified sound and other specified equipment.

Under the act, entertainment sessions must end at midnight on weekday and at 2 a.m. on weekends, but the police have been caught in the crossfire from residents denied a good night’s rest and promoters bent on maximising their profits.

Williams made it very clear that the council was well aware of the value of the entertainment industry as a critical pillar of growth for the economy, but that this must be balanced against the rights of people domiciled in zoned residential areas.

“We are supporting events promotion and events within the city, we are on record as doing so, but at the same time, we still have to do it within a structured way, an ordered way. We have to take into consideration our residents, it can’t be a free for all where events are just right across, anywhere, anytime,” he said.

Meanwhile, in endorsing the decision to provide a well-deserved respite for Hope Pastures residents, People’s National Party councillor for the Papine division, Venesha Phillips, called for this courtesy to be extended to residents across the length and breadth of Jamaica.

“I’m just saying that when we take decisions about noise abatement, we must make sure that we are doing it from place of balance. Because if what we are talking about, as referenced by some councillors, and the impact on our health in terms of our ears and what that could do to the hearing, whether it is that you live uptown or downtown, it has the same effect on you. I also believe that we take for granted that if people live in certain areas, it is almost accepted or they’ve become used to having the noise and so it is okay. No, if we are regulating how our amusement licences should be operated, then we must take into consideration that the same things that affect someone in one of the more affluent areas will affect someone in the inner-city area. And that should, of course, be at centre when we come to make decisions,” she told The Gleaner.

Kenneth Benjamin, chairman of the board of directors of the Hope Zoo Park Foundation, which operates the zoo, told The Gleaner that it is a separate entity from the gardens which is run by another not-for-profit organisation.

He explained that the foundation is well aware of its social responsibility and has been operating within the law and would do nothing to cause distress to its neighbours or the animals.

“We sometimes send out people by car or on foot to check the noise level and make adjustments where necessary,” he said.

In addition, decibel checkers are used to ensure that the noise level is well within the legal limits.