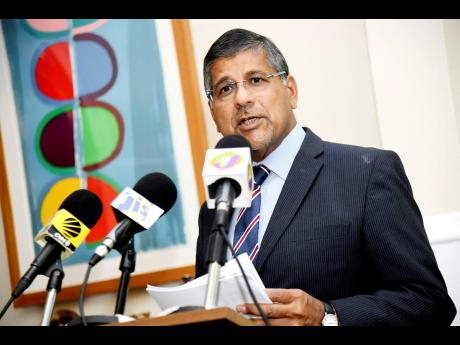 Rudolph Brown
Asif Ahmad, British high commissioner to Jamaica, says the Integrity Commission must be accountable and transparent, delivering results in accordance with the expectations of the nation. 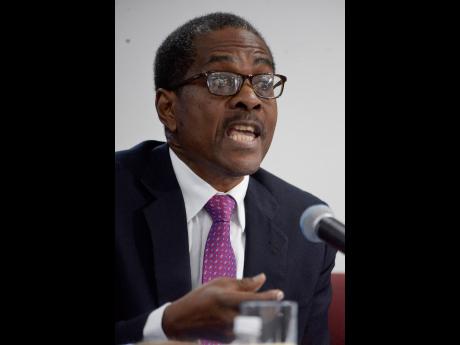 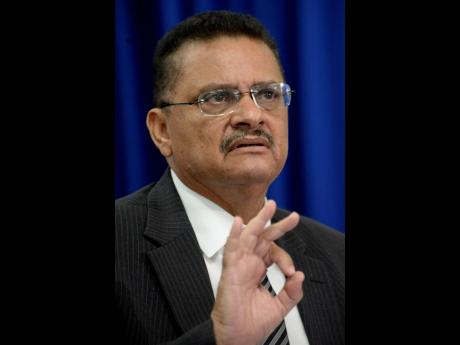 Lionel Rookwood
Dr Derrick McKoy, one of the five Integrity commissioners, pushed back against critics of the pace of their investigations. 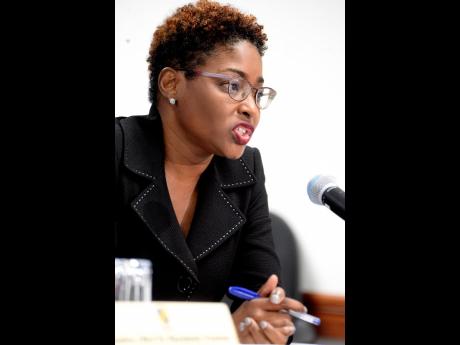 Lionel Rookwood
Commissioner Pamela Monroe Ellis revealed that up to last Monday, Prime Minister Andrew Holness and other sitting and former parliamentarians, from both sides, were still in breach of declaration rules.
1
2
3
4

Days after the Integrity Commission sought to deflect blame amid public pressure to publish updates on ongoing investigations, the British high commissioner to Jamaica has made it clear that “time will come” when his government will be asking for “results”, having pumped thousands of pounds into the entity.

Speaking with The Sunday Gleaner on Thursday after a panel discussion themed ‘United Kingdom and Jamaica: Regional Implications for Policymakers’ at The University of the West Indies, Mona campus, Asif Ahmad said that the British were deeply committed to the corruption watchdog agency and wanted to see it achieve its objective of transparency and public confidence.

“Like everybody, we are looking for results, and I think the people of Jamaica have every right to say, ‘So what has happened?’ It is not for us to say whether some of the legacy institutions were functioning, whose, on which board, etc,” Ahmad stated.

The top UK diplomat in Jamaica argued it would be a betrayal of British taxpayers if external financing procured for the Integrity Commission did not produce measurable targets aligned with its mandate to investigate and expose corruption.

“We are spending British taxpayers’ money in Jamaica, and if it’s going into government agencies where they can’t properly account for those, then we are doing a disservice to our own taxpayers,” Ahmad told The Sunday Gleaner.

“So we are fully behind the creation, the reorganisation of the Integrity Commission, as with FID (Financial Investigation Division), MOCA (Major Organised Crime and Anti-Corruption Agency), and all those things … .”

The British Government, said Ahmad, had channelled £200,000 into the initial phase of the reorganisation of the Integrity Commission. The oversight body, which was formed last year, is the amalgam of three anti-corruption agencies: the Office of the Contractor General, National Integrity Commission, and the Corruption Prevention Commission.

But despite the vested interest the British has in the Integrity Commission, Ahmad stressed that his office has not yet pressed the agency on issues of performance.

“But time will come, and it will come soon, where we will have questions that are now in the minds of Jamaicans, ‘Where are the results’?” Ahmad stated.

PLAY BY THE BOOK

Ahmad also waded in on revelations that several parliamentarians, including Jamaica’s Prime Minister Andrew Holness, have not been cleared of scrutiny by the Integrity Commission, and has called for them to respect the organisation’s authority.

“Parliamentarians have a responsibility to ensure that their own declarations are in order, that there is proper scrutiny and oversight, and that people actually play by the book,” he said.

“The single anti-corruption agency was set up to strengthen and improve the country’s capacity for action against corruption. It’s, therefore, important that all institutions work together to address a common problem, even when there may be differences of opinion. While we recognise that transitions can be challenging and take time, we do hope the IC will find constructive ways to overcome challenges,” Ambassador Malgorzata Wasilewska said in response to a Gleaner enquiry into the issues challenging the Integrity Commission.

The Integrity Commission hosted an unprecedented press conference last Monday, making its case that the Integrity Act effectively muzzled the commissioners from offering any updates or details on investigations, even in cases of high public interest.

“Definitely, as far as the commission is concerned, … we feel at the moment that we are trapped by the legislation, in that it does not allow us to say anything,” said Commissioner Seymour Panton, a retired justice and former president of Jamaica’s Court of Appeal.

The commission has become embroiled in a messy row with Dirk Harrison, its acting director of corruption prosecutions, who it accused of using inflammatory language in a draft Office of the Contractor General report into the state-owned Urban Development Corporation’s 2016 sale of a St Ann resort property and beach lands to Puerto Caribe Properties Ltd, parent of the Moon Palace Jamaica Grande Hotel. Harrison amended the report before submission, but the commission did not disclose details about the comments deemed offensive.

Harrison, the former contractor general, had chided the UDC, government minister Daryl Vaz, as well as Holness, for improperly meddling in the negotiations and selling the properties at a J$1.3-billion discount at today’s exchange rate.

But Vaz fired back at Harrison, arguing that his focus on valuations did not take into consideration the multimillion-dollar investments, new jobs, and the potential for economic growth.

Harrison criticised the commission’s presentation of responses from Holness and Vaz along with the tabled OCG report, labelling the act giving them “a second bite of the cherry”. However, Dr Derrick McKoy, one of the commissioners, rejected that assertion as trite, saying that that decision was consistent with natural justice.