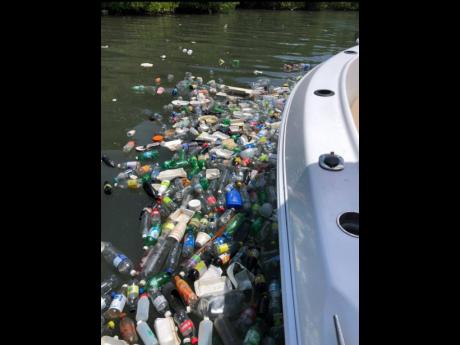 Twelve luxury and sport fishing boats have already been confirmed for Thursday’s 2019 Kingston Harbour Trash tournament, but there are no takers for the outboard boat division, which could see the prize for the canoe with the heaviest load of trash going to waste.

Brandon McKoy, organiser of the event, which sails off at the Royal Jamaica Yacht Club at 9 o’clock, explained that the response to the one-day initiative to capture some of the marine debris littering the ocean surface has been overwhelming.

The boat that returns with the heaviest overall weight in garbage retrieved from the harbour will take honours, but there will also be a raft of sectional and other prizes, with almost 70 sponsors already on board.

McKoy explained that there is a prize for the canoe with the heaviest amount of garbage collected, but no one has signed up for.

He has one boat in the category holding, which at $20,000 a day for rental shared among crew members comes out to less than $3,400 each, but there have been no takers yet.

“If the crew collects only a bottle cap, then they will win the prize for the canoe collecting the heaviest amount of garbage since they would have no competition. And the prizes are really worthwhile because the sponsors have come out in strong support,” McKoy added.

All nets must be out of the water by 2 o’clock, and with no application fee and lots of fun to be had for a worthwhile venture, Brandon McKoy wants you to check out his Instagram page at #TrashTournament.