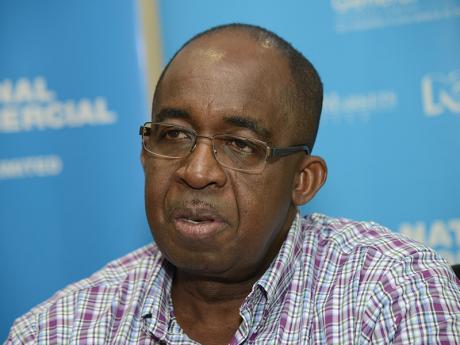 Hylton... We will not rest until we are able to restore our systems and more importantly, our customers’ confidence.

Numerous customers of the National Commercial Bank (NCB) were left furious today amid delays in receiving their salaries because of ongoing upgrades to the bank's electronic systems.

In a statement this afternoon, NCB CEO Patrick Hylton, said his team had not resolved the related issues although it has been working "around the clock" to manually upload and process payroll files.

He did not say when the problem would be resolved but noted that some salaried workers will not see payments reflected by the end of today.

"The issues being experienced by our customers have our complete and undivided attention," said Hylton, noting that NCB was very sorry for the inconvenience.

According to Hylton, this is the most significant upgrade NCB has undertaken in recent history.

"The decision to upgrade over the weekend of May 17 was taken after undertaking multiple rounds of rigorous testing, which indicated that core systems would have stabilised prior to payroll date," he said.

But Hyton said, unfortunately, the stabilisation has not occurred in the expected timeframe.

"We will not rest until we are able to restore our systems and more importantly, our customers’ confidence," said the NCB CEO.

Hylton also said he recognises the potential impact on customers’ ability to make loan, credit card, and utility payments in a timely manner.

Customers who have been impacted in this manner are encouraged to contact NCB at salary@jncb.com and Hylton is committing to reviewing and addressing their complaints in the shortest time possible.