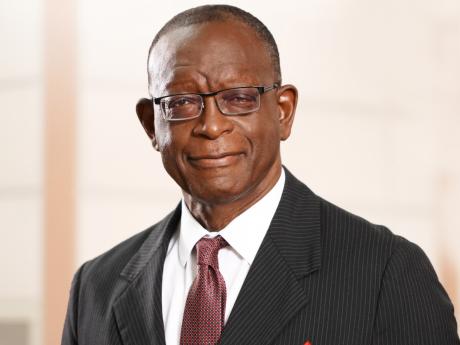 Students and staff of the University of the West Indies (UWI) who have struggled for years to have internal disputes settled now have an avenue to do so.

This as UWI Council, the institution’s highest authority, has approved the replacement of Her Majesty Queen Elizabeth II as its Visitor.

A key role of the Visitor is to settle UWI disputes with staff and/or students.

The authority was created under the institution’s Royal Charter which established the then University (College) of the West Indies in January 1949.

The post of the Visitor will now be held by retired Belizean judge Justice Rolston Nelson who has been appointed effective May 1, 2019, and will continue on for five years in the first instance.

In a statement, a UWI spokesperson explained that traditionally staff and students have had the right to appeal decisions of the University to the Visitor after all other internal remedies had been exhausted.

It was further explained that the Visitor has the authority to adjudicate on matters based on the interpretation and application of the University’s Royal Charter, Statutes, Ordinances, Regulations and other governing instruments and his/her decisions on such matters are considered final.

However, in the last 10 years, none of the appeals of students and staff have been heard.

The decision to appoint Justice Nelson was finalised during the closed session of the meeting of the University Council on April 26, 2019, hosted at the St Augustine Campus in Trinidad and Tobago.

“In its pursuit of having justice served and a system in place to expedite hearings on such matters, The UWI initiated proceedings in 2015 to propose that the Visitor delegate this responsibility to a judicial officer of high repute.

“The appointment of Justice Nelson means that there is now a functional system for any petitions to be heard expeditiously. The process leading to Justice Nelson’s appointment follows the precedent set by other Commonwealth universities established by Royal Charter, to amend their Charters to empower their University’s Councils to name their Visitors,” the spokesperson outlined.

HOW THE VISITOR CAME ABOUT

The Charter of the University (College) of the West Indies was officially passed under the Great Seal of the United Kingdom, the panoply of the university’s dignitaries have included The Visitor.

For nearly seven decades, that personage was the British Monarch.

In 1971, the UWI repatriated the role of Chancellor.

The first Chancellor, appointed while all the member states were still British colonies, had been British Princess Princess Alice, Countess of Athlone, cousin of King George VI, the British Monarch who agreed that first Charter; and who agreed to the role of Visitor.

Subsequent Charters – in 1962 when the UCWI became the independent, degree-granting UWI, and in 1972 when a new document reflected governance changes at the university – were agreed by George’s daughter, Queen Elizabeth II; and continued the formal connection of the Crown via the role of Visitor.

In 2018, the UWI requested amendments to the Charter, which were granted that November.

On November 7, 2018, Her Majesty endorsed and the Privy Council approved the amendment to Article 6 of The UWI’s Charter to have its Council name its Visitor.

* Justice Rolston Fitzherbert Nelson was called to the Bar at Lincoln's Inn in 1970 following his education at University of Oxford, then the University of London.

* In 1973, he was appointed a tutor at the Norman Manley Law School in Jamaica, and was admitted to practise at the Jamaican Bar in the same year.

* Between February 1, 2005, and May 2017, he served as a judge of the Caribbean Court of Justice. As the Senior Judge, Mr. Justice Nelson served as Acting President of the Court on several occasions.

* Justice Nelson is the author of several articles and case notes appearing in legal journals, including the British Tax Review and the Jamaica Law Journal.

* He is an Honorary Distinguished Fellow of The University of the West Indies and a former Visiting Fellow of the Institute of Advanced Legal Studies in London.