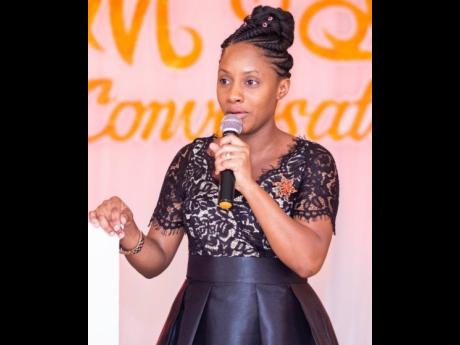 What began as one woman’s decision to seek solace and advice from other wives, who were possibly encountering similar challenges, has blossomed into a ministry which now helps a host of others.

Datonya McLaren, founder and president of the all-female organisation Praying Women Ministries, told Family & Religion that the support group not only caters to wives who are struggling in their married lives, but also helps women, in general, to maintain a consistent and healthy prayer life.

“We started in August 2015 with the name Praying Wives, but after our first conference in May 2017, we changed the name to ‘Praying Women’ so that we could facilitate a wider group of females and not just those who were married.

“At the time, all of us were experiencing some serious challenges in our marriage, and instead of dealing with it alone, the Bible encourages us to bear one another’s burdens, so we did that. I was tired of bearing alone and felt that having this support would give me strength to endure,” she said.

McLaren recalled that though the group started out just strengthening a few friends, she decided, as the leader, to seek God more for the development of the vision.

She elaborated, “I got really aggressive about change and began praying more, walking in obedience to the Word of God, getting counselling, listening to other men to know how to deal with men, and watching, listening and reading about marriage.

“I really never saw myself as being equipped as I still have so many weaknesses; I just knew I was called to lead this ministry. Over time, God showed me that my availability and honesty were all He needed to impact others, and He has been doing so thus far. Also, being married for many years, having four children and going through most of the seasons of a marriage, I believe I was able to offer wisdom and insight to many.”

Praying Women Ministries has since hosted over four conferences, the most recent being a couple’s affair last February called ‘Man and Woman Conversations: An Evening of Romance’.

According to McLaren, the success and results of said conference led to the decision of having three such workshops throughout the year.

“Our first workshop, which will focus on conflict resolution in marriages, came about due to the number of couples who reached out because they were experiencing some conflict and are not equipped to deal with it. Also, based on my own personal experiences and challenges.

“Conflicts are inevitable but with the right tools and strategies, they can be more of a blessing than a curse.

“The aim of the workshops is to create a space where couples can offer support for each other while dealing with the ups and downs of marriage. Also, to get couples to understand that it is not God’s design that marriage is a burden and something we endure,” she said, with the assurance that marriage should instead be a vehicle to help carry life’s burdens and a place that is enjoyed.

The Praying Women Ministries’ Man & Woman Conversations Marriage Workshop is set for May 25 and will be facilitated by psychologist Kamala McWhinney.

The group can be reached via email at prayingwomen2015@outlook.com.