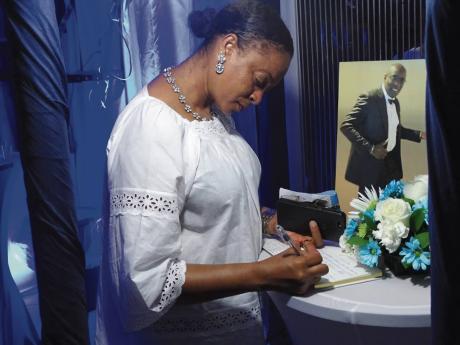 The Ministry of Education, Youth and Information has reported that it did not organise or fund the yacht party for its since-discarded portfolio minister Ruel Reid.

Responding to questions via email last week, the ministry also said that it did not coordinate with any of its agencies to organise the function aboard the Caribbean Queen in the Kingston Harbour in April 2017.

“The ministry has no information to help in this regard,” said a spokesperson in response to a question about the cost for the function.

At a meeting of Parliament’s Public Administration and Appropriations Committee (PAAC) just over a week ago, the permanent secretary in the education ministry, Dr Grace McLean, deferred questions about the party to Dr Fritz Pinnock, president of the Caribbean Maritime University (CMU).

Pinnock, in his response, did not speak to the funding for the event, saying only that CMU did not fund any “birthday party” for the minister.

He also told the committee that the yacht event was an industry function to which members of the tertiary sector were invited.

However, that categorisation has been challenged, as Reid was the only honouree at what was billed an appreciation function.

All tributes were in honour of the former minister, and, as patrons entered the deck, there was a large photo of Reid overlooking a guest book for them to sign.

In the meantime, Pinnock has been summoned to Wednesday’s sitting of the PAAC to answer further questions about the role of the CMU in staging the yacht party.

The CMU played an active role in the event, with Pinnock, other senior staff and several students taking part.