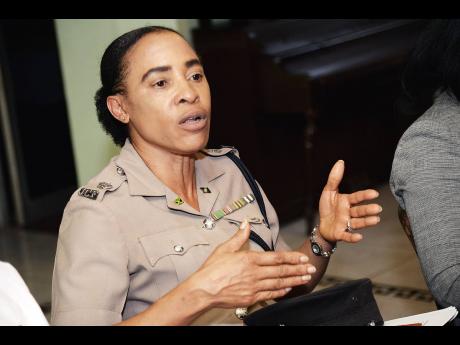 The Clarendon police are warning parents that they will be prosecuted for child neglect if they allow their young ones to roam the streets.

Head of the Clarendon Police Division Senior Superintendent of Police Vendolyn Cameron Powell says her team is serious about dealing with this problem.

On the weekend, the parents of a 14-year-old girl were arrested and charged after the child and another juvenile were seen walking along the Salt River Road sometime after 2 o’clock Friday morning.

The police say the teenagers reported that they were returning home from a dance.

The parents have since been released on bail and the girl taken into police custody to be turned over to the Child Protection and Family Services Agency.

Meanwhile, the other juvenile is reported to have been processed by the Old Harbour police.

Further details were not immediately available.

In another incident last Wednesday, the police were called to a house in Sunrise, Sandy Bay, Clarendon, where three schoolgirls were found with three young men.

The case is now being investigated by the Centre for the Investigation of Sexual Offences and Child Abuse.