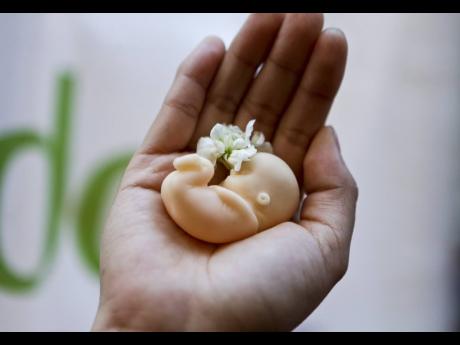 What a wonderful week! Christians united for life! They came together in a spirit of joy. We celebrated with Martin Luther King’s niece, Alveda King; Michael Manhardt, movie producer of the hit movie Unplanned, now running in the United States for eight weeks; Janet Morana, executive director, Priest for Life, co-founder of Silent No More Awareness Campaign; and a host of others well-meaning friends from overseas and pro-lifers in Jamaica.

Kevin Hendrickson at Courtleigh Auditorium and Christopher Issa from Spanish Court, along with Robert and Chris Levy from Jamaica Broilers made it all happen.

We all watched the movie Unplanned, which is a new form of art, it deals with reality, not fairy tales. It’s not sugar-coated and covered up, it is art which is real and yet symbolic of the powers of death seeking to destroy life, the most precious gift of life that God has given us. This was the centrepiece of the new art of today, calling us to truth and educating us about the most tragic act anyone could ever commit in our modern time.

“Even if a mother forgets her child, God will not forget you.” I cannot imagine a more tragic act than a mother giving permission for the murder of her child on the altar of convenience. Once a woman sacrifices the life of her nurturing being the primary role of woman, she has gone against the very nature of her vocation as woman.

Alveda King told of the tragic event of the two abortions she had and the great deceit of the evil one, the devil, calls evil good and good evil. This abortion act is considered a must, a sensible act, a mature act, and even a holy act on the altar of convenience.

The death of love

I listened in the course of the week to some extraordinary talks from some extraordinary women: I’d like to listen to them again and again. We pray for a return trip to Jamaica from Alveda King and Janet Morana. Needless to say, we look forward to the release of Unplanned, created by Michael Manhardt and his team.

Pro-life is in good hands in Jamaica, with help from our friends! Alvin Bailey, Richard Cooke, and myself, along Christians United for Life all looking forward to working with you Pro-life.

Forty churches, so far, are with us in moving forward for the life of the unborn in our island.