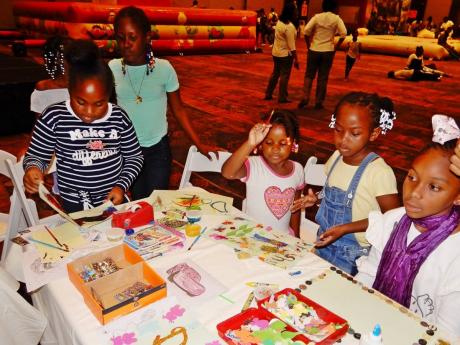 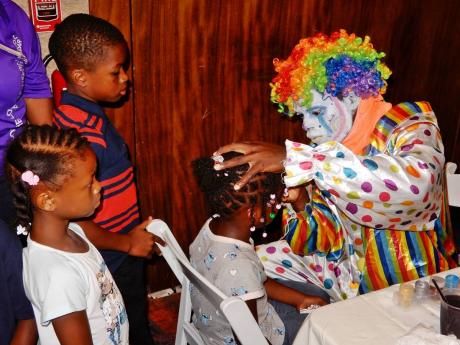 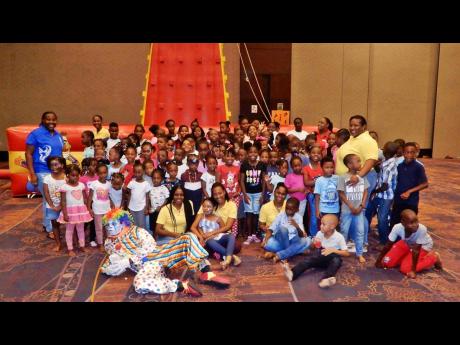 Carl Gilchrist
Some of the children, along with staff members, who turned out for the Moon Palace Jamaica’s Children’s Day Celebration.
1
2
3

Approximately 160 children of workers employed to Moon Palace Jamaica turned out on Saturday to enjoy themselves at the hotel’s annual Children’s Day Celebration.

The children were delighted as they were treated to lots of activities, including rock climbing, bounce-about, trampoline, art and craft, including tie-and-dye, face-painting, and lots of refreshments.

“We tend to not only celebrate our staff, but we ensure that we go into the extended family because we want to know the kids as well, so we bring them in, we treat them, we give them gifts.”

“The foundation does separate activities, so it’s basically two functions we have per year that we celebrate the kids, which is separate and apart from the scholarship programme and the GSAT programme and everything else that we do.”

Reader said that next year the event might be held in the centre of Ocho Rios to make it even more exciting.

Several parents expressed appreciation to the hotel for hosting the event.

Organiser Lashane Mead from the hotel’s human resources department said that this year’s event was bigger than the 2018 staging as not only did more children turn out, but new activities such as the rock climbing and trampoline were added.