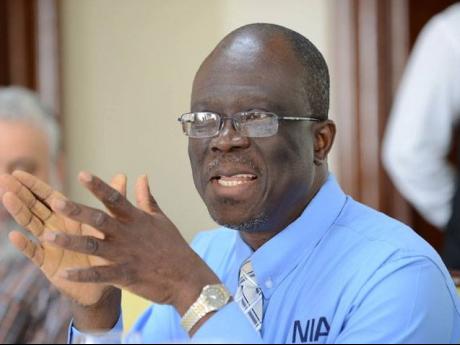 Henry... had just left the Television Jamaica studios after completing a live interview when collapsed.

There has been immense shock and grief in several quarters following the sudden passing of Gleaner columnist Martin Henry.

Henry had just completed a live interview on Television Jamaica’s Prime Time News about the late former Prime Minister Edward Seaga and was walking towards the lobby when he complained about feeling ill.

He then collapsed and was rushed to the Medical Associates Hospital where he was pronounced dead.

Henry, 61, was the academic manager at the University of Technology, Jamaica.

Here are some of the immediate reactions to his passing:

He has made a significant contribution to our education system as well as being a strong advocate of transparency and good governance. Thank you Martin.
- Andrew Holness, Prime Minister

As a commentator and educator Martin Henry was a significant voice and opinion sharper in the national discourse. His contribution will be greatly missed. Condolences to his family, friends and colleagues. May his soul rest in peace.
- Dr Peter Phillips, Opposition Leader

It is distressing that Mr Henry should have died while in the prime of his life.  He has made a major contribution to the University of Technology, Jamaica through his management of entrepreneurship projects, his work in promoting research and intellectual development, his contribution to the Journal of Arts Science and Technology, his organisation of the Research and Technology Innovation Day, and most recently, his stalwart efforts with the University of Technology Press. In this role, and in his public commentary, especially as a newspaper columnist in the Sunday Gleaner and in media interviews, Mr Henry was a model of clarity, precision and most of all, integrity and honesty. Today has been a sad, awful day, which has knocked the wind from our sails.
- Professor Stephen Vasciannie, President, University of Technology, Jamaica

I am shocked and saddened by the sudden passing of Gleaner columnist Martin Henry. He was the last remaining columnist of a group, including me, whom Editor-in-Chief the late Dr Dudley Stokes recruited in 1987. I later became Martin's editor and we maintained a friendship. His contribution to the journalistic discourse will be missed. Walk good Bro Martin.
- Byron Buckley, public relations practitioner

I am in shock about the news of Martin Henry's sudden passing. What a day May 28 has turned out to be. Martin Henry was a voice of reason in a sea of media bias and partisanship. He was an excellent columnist with superb writing skills whose point of view was always sound and relevant. He will be very hard to replace.
- Gordon Robinson, Gleaner columnist