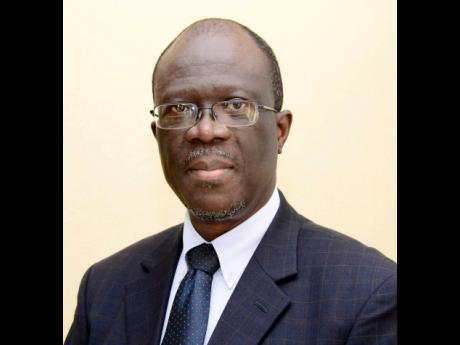 Media and church colleagues have praised the life and work of newspaper columnist and academic administrator Martin Henry, who died suddenly last night.

Henry, the longest-serving columnist at The Gleaner, over three decades, collapsed and died moments after offering analysis on the legacy of late former Prime Minister Edward Seaga, who passed away at 1 p.m. Tuesday.

Reports are that Henry, a senior member of the anti-corruption watchdog National Integrity Action, indicated that he was unwell shortly after coming off air at Television Jamaica’s studios.

He was taken to Medical Associates Hospital in St Andrew, where he was pronounced dead around 7:45.

Media colleagues, including chief executive officer of the RJRGLEANER Communications Group, Gary Allen, and former president of the Press Association of Jamaica, Dionne Jackson Miller, were at Medical Associates extending support to the family.

Also at the hospital was special assignments editor with the RJRGLEANER Group, Earl Moxam, who said Henry will be sadly missed.

“He and I have known each other for the better part of two decades. Our relationship got stronger when I started the Sunday show, ‘That’s a Rap’, on RJR. He was a frequent participant,” Moxam told The Gleaner. “He had a strong background in science but did not confine to scientific matters. In The Gleaner, he wrote extensively about Jamaica’s economic and political situation. He had a strong sense of what was right and wrong.”

“It is distressing that Mr Henry should have died while in the prime of his life. He has made a major contribution to the university through his management of entrepreneurship projects, his work in promoting research and intellectual development, his contribution to the Journal of Arts, Science and Technology, his organisation of the Research and Technology Innovation Day, and, most recently, his stalwart efforts with the University of Technology Press,” Vasciannie said in a statement.

“Today has been a sad, awful day, which has knocked the wind from our sails.”

“He leads the church into ministry into the community. He sees to it that members leave the four walls of the church ... including welfare ministry.

“Martin was one of our valuable, mature elders who gave sound advice, who always sought to bring consolation and peace to the church. He will be seriously missed because of his fatherly advice and counsel,” Nathan told The Gleaner.

Henry is survived by his wife, Jacqueline, one son and two daughters.