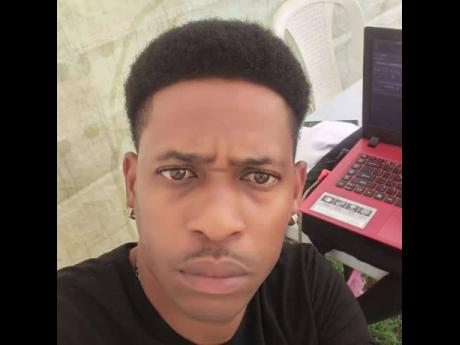 On June 22, Arlene Brown will be burying her father, but now she will also have to factor in funeral arrangements for her son, 33-year-old Rajay Allen, who was shot and killed early Tuesday morning in Palmers Cross, Clarendon. Seventeen-year-old Cavelle Dracket, a student of Coates Pen in May Pen, was also killed in the same incident.

Brown, who is an ardent Christian, is now drawing on her faith to deal with the loss of a son whom she describes as someone who never had a frown on his face.

She said Allen was a solid person who looked out for family and those he loved and was a fun person to be around.

Recalling her last conversation with her son, who died leaving a two-month-old baby, Brown said they spoke about life and about his grandfather’s death.

“I even invited him to a prayer meeting. When my nephew called and told me about his killing, I was in shock. I just burst into tears,” she told The Gleaner.

Allen, who was a freelance DJ/selector, was looking forward to his older brother helping him to find a stable job as he wasn’t happy with his on-and-off gigs.

“It’s very hard. I went to bed the mother of three children and woke up with only two,” Brown said, admitting that she is struggling to find the motive someone could have to take her son’s life as he was popular and well loved in his community.

Ironically, she said just before she got the news of Allen’s death, she was having a dream that she was talking to his late father. The call bearing the dreadful news awoke her from the dream.

Information from the police is that at approximately 5:25 a.m., Allen and Dracket were at home when gunmen forcefully entered the premises and opened fire hitting them.

The police were later alerted by residents who heard the gunshots.

On their arrival, they were transported to hospital, where Allen was pronounced dead and Dracket died in surgery.