Garbage collectors to get 28 per cent salary hike 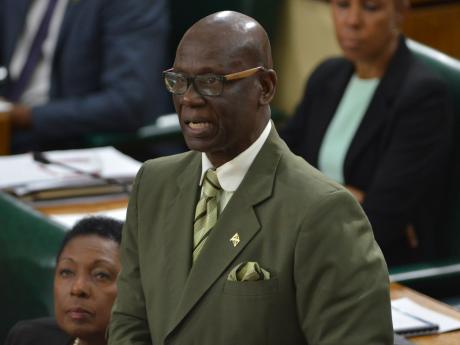 Minister of Local Government and Community Development, Desmond McKenzie, has announced that sidemen employed by the National Solid Waste Management Authority (NSWMA) will receive an increase of 28 per cent in salary, effective July 1.

He made the announcement during his address in the 2019/20 Sectoral Debate in the House of Representatives on Tuesday.

“The National Solid Waste Management Authority continues to be a positive example of government in action. The agency continues to practise sound corporate governance, with all outstanding audited financial statements and annual reports having been updated,” McKenzie noted.

He said the agency is also 70 per cent compliant with current statutory requirements and life insurance, and nearly 80 per cent of all disposal site workers, sidemen and drivers have been vaccinated.

“With regard to its core responsibilities, the NSWMA collected nearly 700,000 tonnes of solid waste or over 70 per cent of the total solid waste generated islandwide. Adherence to the collection schedule of once per week in the last financial year was nearly 80 per cent, and compliance with the sweeping schedule for major roadways and town centres was almost 90 per cent,” he said.

McKenzie noted that the main reasons for this improved performance were the procurement and introduction of new collection units, and systematic repairs to dysfunctional units, 15 of which have been restored.

“Since 2016, the NSWMA acquired 43 new units, the last 12 of which were officially handed over in February this year. The NSWMA is in the process of leasing an unprecedented 100 collection units in this financial year. When this exercise is completed, Jamaica will be served by 143 collection units on the streets, working for our citizens,” he said.