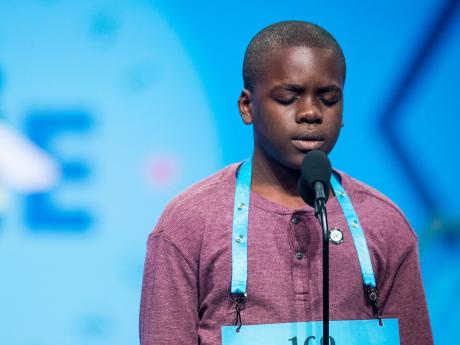 Darian ... was trying to repeat the feat of Jamaica's Jody-Anne Maxwell who won the Scripps competition in 1998.

The Gleaner’s Children’s Own 2019 Spelling Bee champion Darian Douglas has been eliminated from the final of the Scripps National Spelling Bee in 28th position.

The 12-year-old Glenmuir High School student along with 49 other spellers had advanced to today's final of the international competition in Washington D.C., United States.

However, he was eliminated after misspelling the word D-I-A-L-L-A-G-E, defined as a figure of speech in which multiple arguments are brought to bear on a single point.

Darian was trying to repeat the feat of Jamaica's Jody-Anne Maxwell who won the Scripps competition in 1998.

This year, 562 spellers from around the world entered the competition.

They, however, failed to advance to today final.