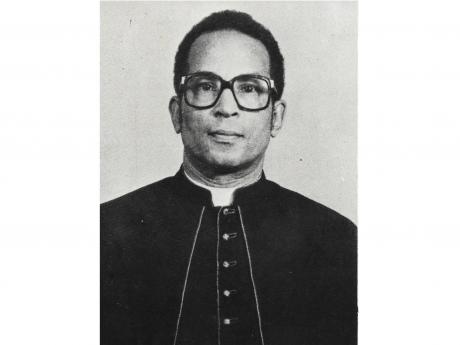 The Roman Catholic Archdiocese of Kingston has announced with "deep sadness" the passing of Monsignor Stanley Shearer.

He died on Tuesday, leaving his brother Lloyd Shearer and his sister-in-law Lunnette Shearer.

He is the brother of the late Prime Minister Hugh Shearer.

The Vesper Service will be on Thursday, June 6, 2019, at the Holy Rosary Roman Catholic Church on Windward Road in St Andrew, starting at 6:00 p.m.

The Mass of Thanksgiving will be celebrated on Friday, June 7, 2019, at the Cathedral of the Most Holy Trinity, North Street, Kingston starting at 10:00 a.m.

The body will lie in state one hour before the beginning of each event.

Shearer was born in Kingston on April 17, 1926, and attended St Patrick’s Basic School and the Government Primary School on Windward Road before entering St John’s College.

He later enrolled in the Urban College in Rome where he attained various degrees.

He also received a Diploma in Education from the University of the West Indies.

Before entering the Seminary, Msgr. Shearer worked in the civil service as a bank clerk.

After the completion of his studies in Rome, he was ordained to the Diaconate on September 30, 1956 and to the Priesthood on December 22, 1957.

Upon his return to Jamaica, he served in numerous Parishes including Holy Rosary, Cathedral of the Most Holy Trinity, Our Lady of the Assumption-Morant Bay, Stella Maris and Holy Cross.

He was elevated as a Monsignor on February 9, 1975, and served as the Vicar General in the Archdiocese of Kingston under Archbishop Edgerton Clarke.