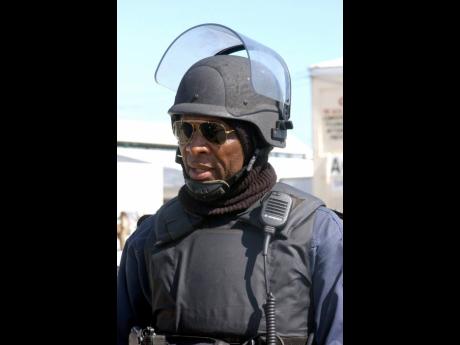 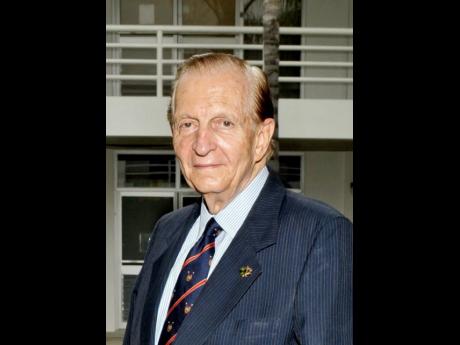 If former senior superintendent of police and security expert Reneto Adams could have had a drink with former prime minister and West Kingston member of parliament (MP) Edward Seaga before he died on Tuesday, he would have treasured the moment.

Though maintaining that he highly respects Seaga, their relationship over many years was rocky as Adams’ role as a policeman clashed with Seaga’s duties as a politician.

For decades, West Kingston, both during and after Seaga’s time as its MP, has been deemed a haven for criminality, and yesterday, Adams was adamant that the former MP did not do all in his power to stamp out lawlessness in the area.

Adams recalled a 2001 incident in which he, as head of the now-defunct Crime Management Unit, along with members of his team, came under sustained heavy gunfire for hours from gunmen from Tivoli Gardens, pinning down the cops inside a high-rise building. The gunfire ceased for a short moment when Seaga showed up to offer the officers safe passage out.

Adams turned the offer down, and when Seaga left, the gunfire resumed. Twenty-seven citizens lay dead at the end of the stand-off.

‘We were obstructed by him’

“I refused because I wasn’t sent there by Mr Seaga. I was sent by the [Jamaica Constabulary] Force to take away the drugs and guns as well as to execute warrants and arrest wanted men. We were obstructed by him. Some time after, I sent a message to say I was only doing my job as a policeman. He replied to say, ‘Mr Adams, you do your work as a policeman, but remember that I am a politician’. In other words, he had to say, appear to be saying, and do certain things to appease his constituents.”

He continued: “If it were possible, I would still love to drink a beer with him. I have one of the greatest respect for him. He has done great things for Jamaica that set us on the path of development, but he has also done many bad that have retarded us over the last 30 to 40 years. He was instrumental in the construction of garrisons in Jamaica and garrisons were not necessary for the development of the country”.

Adams said garrisons exist to enslave the people and deprive them educationally, psychologically, and otherwise.

“They are not able to express their wishes as they ought to be doing. They are restricted. Over the 40 years I was in the police force, working with him, he had never given me the impression that he really wanted crime and criminals to be dealt with other than a time when he sent 13 names to the commissioner’s office of criminals he wanted out of West Kingston, including that of Christopher ‘Dudus’ Coke,” the retired cop told The Gleaner.

“Apart from that, he was a nice guy. All my observations of him are not personal. He was a leader who, when you were in his presence, you felt, saw, heard, and knew his leadership. He wasn’t like these leaders nowadays, who, if they are not on a platform, you don’t see or feel them. A leader must be forceful, dynamic, and people must understand what you are about and must comply with what the leader requires, consistent with moral considerations,” Adams added.

During his policing years, Adams was emblematic of the tough street cop, much revered among the masses, but whose chequered past of multiple fatal shootings drew fire from human rights and civil society groups.