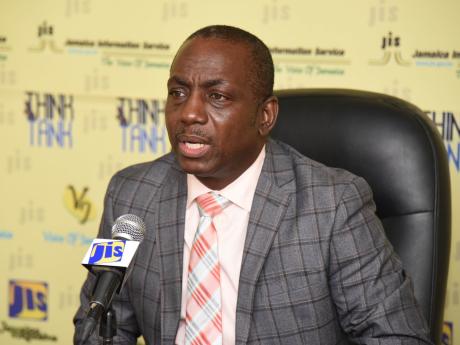 Gordon said they will each receive five uniforms.

He said the public will see workers outfitted in the new uniform come June 1.

Meanwhile, the NSWMA head says that drivers and sidemen are receiving service delivery training so as to improve their efficiency.

“We are currently in the second year of training our drivers and sidemen right around the island. We are training them because we believe that the first responders must be at a particular level in terms of their own deportment, mannerisms, how they approach their job and how they feel about themselves as they undertake their daily tasks,” he said at a recent JIS Think Tank.

Gordon noted that the training sessions, which will be ongoing, provide “an excellent opportunity” for sidemen and drivers to provide feedback on their jobs.

Meanwhile, he noted the salary increase for sidemen, which was announced by Minister of Local Government and Community Development, Desmond McKenzie, in his contribution to the 2019/2020 Sectoral Debate on Tuesday.

“We have moved it from $1,200, so now it is going to be $2,000 per day. We want to give our first responders that feeling of belonging, that sense of respect and human dignity, which they deserve,” Gordon said.