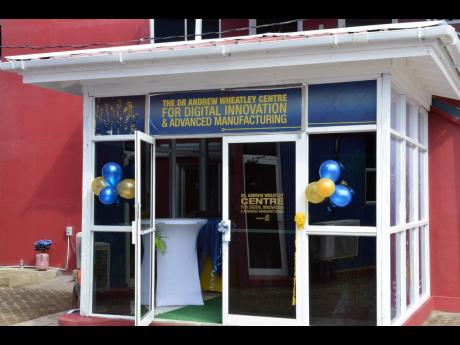 Norman Grindley
Andrew Wheatley’s name has been scratched from the Caribbean Maritime University’s Centre for Digital Innovation and Advanced Manufacturing.

The Caribbean Maritime University (CMU) has removed former Energy Minister Dr Andrew Wheatley’s name from a centre established in his honour at its main campus.

Instead, the facility will now be called the Centre for Digital Innovation and Advanced Manufacturing.

The announcement of the name change was made during a meeting of the Public Administration and Appropriations Committee (PAAC) of Parliament at Gordon House on Wednesday.

In documents submitted to the PAAC, the CMU revealed that the decision was taken last Friday during an extraordinary meeting of the university council.

The Dr Andrew Wheatley Centre for Digital Innovation and Advanced Manufacturing was first opened on November 15, 2017.

Wheatley stepped down as energy minister last July amid swirling allegations of cronyism and nepotism at Petrojam, the state-owned oil refinery.

Despite this, CMU President Dr Fritz Pinnock insisted last September that the centre would not be renamed.

“Most definitely not. We will not change or remove Dr Wheatley’s name from the centre. When you serve, you serve. Your legacy is what you leave behind, and I can say that Dr Andrew Wheatley did a lot of positives here,” Pinnock said then.