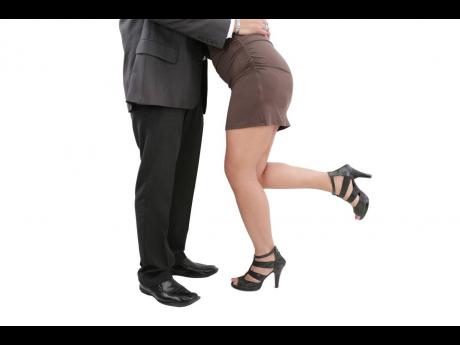 Many young man had a song of her beauty

And many a grand deed for her had been done

But within her sights she carried the child

Of her father’s youngest, fairest son

It is not uncommon for men who have had sexual relations with their cousins to be castigated and referred to as ‘family rams’. It is even more so when that relationship is much closer, such as with a niece, or even worse, their own child.

However, there are numerous examples in the Bible about marriages that have taken place where the relations are ‘near next of kin’. In fact, Abraham got married to his half-sister Sarah, and Isaac chose a wife from his own relations.

It therefore begs the question, where should one draw the line between sexual relationships with relatives?

For answers to the question, Family & Religion reached out to the Rev Garry Knowles of the Toll Gate Circuit of Baptist Churches, who shared that incest is sexual relationship between a man and woman/girl who belong to the same kinship group. Incest in the Bible, he said, refers to sexual relations between certain close kinship groups, which are prohibited by the Old Testament.

“In the New Testament, the Greek term porneia refers to unlawful sexual intercourse in general, which includes incest. The issue of incest receives particular attention in the New Testament in two passages: Mark 6:17-29 and 1 Corinthians 5:1-5,” Knowles said.

The verses above deal with a member of the community of faith who violated the biblical incest prohibitions, endangering the community’s relationship with God and would receive judgement carried out by the community and/or by God.

Referring to incest in the Old Testament, Knowles said marital relations were forbidden to one’s mother, father’s wife, sister and half-sister, son’s daughter, daughter’s daughter, among others listed. However, he said the prohibitions corresponded with the ancient Hebrew social structures. Hebrew marriage practices were outbred on the level of the household, the extended patrilineal family that was the foundational social unit of ancient Hebrew society.

“However, Hebrew marriage practice was also basically endogamous on the level of clan and tribe, so that one married within one’s clan to create lineage solidarity and to preserve the clan’s landed inheritance. This practice explains the absence of cousins from the incest prohibitions. Parallel patrilineal cousins, who could be living in one’s household, were allowed, even preferred, in marriage,” pointed out Knowles.

Fast-tracking to modern day, Knowles said the Old Testament theological principle in Leviticus sheds light on a difficult passage in 1 Corinthians 5:1-5 involving incest, a passage that has received various interpretations.

Citing the man mentioned in the scripture who committed incest by marrying the former wife of his father, without the objection of the Christian community, Paul banishes the man and hands him over to Satan for the destruction of the flesh and the preservation of the Spirit (v 5).

Knowles noted that Paul’s concern in the particular text is focused on the community, who, like dough, can be totally corrupted by a little yeast (v 6-13).

“The Christian community collectively is the temple of God in which the Spirit dwells ( 6:19-20 ). Immoral practice within the community must be eradicated to preserve the presence of the Spirit. Therefore, Paul banishes the man and hands him over to Satan, the agent of destruction. In essence, Paul leaves the penalty to God,” Knowles said.

Referring to the common belief that the sons of Adam and Eve married their own kin since there are no records in the Bible of other humans at that time, he said from the surface, it may seem so, but a deeper understanding of the creation story would help.

“The creation story is considered by most Christians as a myth. Myths are stories which ancient Israel composed to try to explain life as they knew it,” pointed out Knowles. He said the story is not based on people’s memories of actual events, but although the story is a myth, he said it is valuable as it expresses important truths about the nature of humanity and about humanity’s understanding of God.

“It is not a historical record, and we should not treat it as though it was. The purpose of the Adam and Eve story was not to give a blow-by-blow account of specifics, but to understand God in human activity,” he said.

Knowles said the idea of ‘family ram’ or incest as being permissive because of a few examples in the Bible “doesn’t boil good soup”.

The theological principle behind Leviticus 18 and 20, he pointed out, involves the understanding that incest crimes could not be tolerated in the Israelite community, which was to remain holy before God.