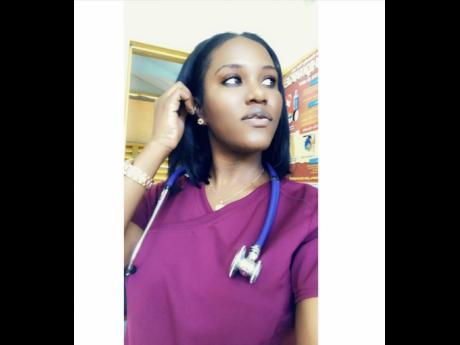 Marsha Bowen is all about service. Motivated by a desire to care for people who are suffering, she pursued a career in nursing. But that wasn’t enough for her as she wanted to impact lives outside of the nursing station.

Bowen said it was her personal experience which resulted in her pursuing a career in nursing.

“I witnessed the poor care and the lack thereof that my late grandmother received in her golden years. I remembered I followed her to her private doctor for diagnosis and treatment where she was instantly given an ‘urgent’ letter to take to a particular hospital for admission,” Bowen told The Gleaner.

She noted that when she went to visit her she saw her sitting outside the hospital ward at the door in a wheelchair as there was no bed, although she eventually got one.

“During my visits, I realised at the time that she was developing bed ulcers and she was not being turned even though she was bed bound. Later on, her legs became swollen due to inactivity and poor blood flow. Her hygiene needs were hardly ever met and we (family members) had to take care of these needs every time we visited her,” she told The Gleaner.

Bowen said it was at that point she knew that one day she would be a part of the solution to provide “genuine, tender love and care to the most vulnerable of our society, who are the young, sick and the elderly”.

From then, she never looked back or strayed from that desire, as she said she wanted to be an example and to show that nursing was also a calling from God, the natural caregiver.

With a smile, Bowen said in her years of nursing, she has probably done more counselling than nursing, as she said sometimes she has to teach, counsel, manage and advocate, and there are times when she prays with her patients also.

The staff nurse at Garvey Maceo High School since 2014, Bowen said shortly after finishing her studies in 2013 and working at the Mandeville Hospital, her mother took sick and died not long after.

“I could not do it mentally. I could not go back into a hospital setting,” she said on why she decided to be a school nurse.

Bowen said as much as her heart and soul are into it, she still has her days when it can get rough.

“Registered nursing is hard work. At times you may get discouraged and downhearted by being treated poorly by patients and family members, and even students and so coming from a Christian background, my praying life is what I depend on as my motivation,” she shared.

Bowen’s other passion is volunteerism, and that saw her being inducted into the Rotaract Volunteerism Initiative as she was the staff adviser/president for the Garvey Maceo High Interact Club. Interact Club is a subdivision of the Rotaract and so both clubs work alongside same.

Being a nurse at the school, Bowen said it combines both her passions – helping and giving back through the club.

For her, without volunteerism her life doesn’t feel complete.

A past student of Clarendon College and Northern Caribbean University, Bowen attends the Effortville Pentecostal Church of God, where she serves as a member of the Praise and Worship team.