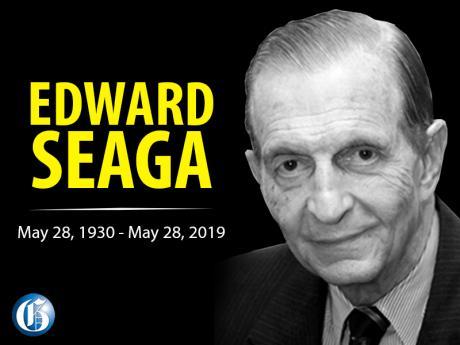 The CBD says through his contribution to the formation of Jamaica as a nation state and his role in shaping the country’s political and economic identity and trajectory, Seaga has carved a place in Caribbean history.

“A place that has been rightfully earned by his assiduity, leadership and vision,” the bank said in a statement.

He was ailing for some time with cancer and related complications.

His body is scheduled to arrive in the island at 6p.m. tomorrow.

The CDB says Seaga holds a special place in its history, noting that he was among the early advocates and supporters of its establishment.

Seaga signed, on behalf of Jamaica, the Agreement that established the bank in 1969.

The bank says the former Jamaican leader considered the CDB an example of successful regional integration.

The CDB says during his tenure as minister of development and later as finance minister, Seaga served as its Governor for Jamaica, “thus playing a key role in decisions which determined the bank’s operations and impact on the region.”

“As minister of finance, Mr Seaga saw the bank as a partner in Jamaica’s development and worked through the CDB to bring to life a number of projects in Jamaica,” the statement said.