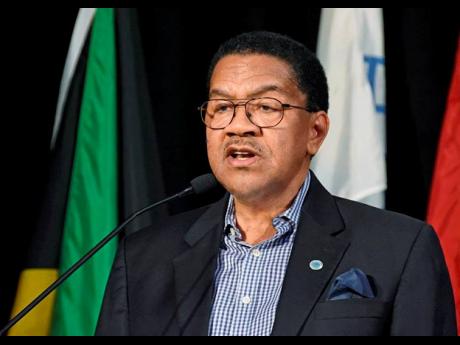 “As an industry, firstly, we need to undergo a mindset shift about who we are and our potential for growth. This requires us to see ourselves not just as public utilities but also as profit-centres.

“We can, ourselves, become centres for customer service excellence, generators of revenues and wealth creation and, therefore, major contributors to our country and region’s sustainable economic and social development,” the Kingston Wharves CEO underscored.

Stephenson was speaking on the final day of the three-day Caribbean Shipping Association Executives Conference held at The Jamaica Pegasus hotel in Kingston recently.

The KWL CEO noted that despite the rise of e-commerce, which was more closely associated with air freight, some 90 per cent of world trade still took place by sea, placing ports in an advantageous position. Furthermore, he said, experts have predicted that the global logistics industry will attain US$15.5 trillion by 2023, adding that the expansion of the Panama Canal to a waterway that can accommodate vessels some three times larger than its original capacity could has also opened up more opportunities.

While ports play a critical role as enablers of trade, these operations must be balanced in their approach to maintain efficiency and profitability.

“As enablers, we must ensure that the wheels of industry continue to turn; that raw material gets to manufacturers to facilitate the production process and efficient movement along the retail supply chain. Ports are also the vital link in ensuring critical medicine and medical supplies get to hospitals and health facilities and that building materials arrive on time to guarantee timely construction and delivery of projects.”

Stephenson pointed to a Caribbean Development Bank study that highlighted a number of deficiencies in the operations of ports in the Caribbean. These, he said, were “quality of port infrastructure and equipment; labour and berth productivity, in particular tension between the necessary measures required to modernise and labour and employment considerations; and nautical accessibility”. The study, he noted, also cited the lack of technological development and the level of autonomy and ownership structure in the region as some areas that hampered growth.

Citing global uncertainties such as the trade conflicts, Brexit, the shifting patterns of world trade, and the rise of e-commerce, which has whet consumer appetite for fast and efficient delivery, Stephenson encouraged his industry peers to combine the lessons learned from e-commerce with expertise in maritime shipping to enhance their value proposition and customer service delivery.

In underscoring the need for a strategic and operational shift, he said ports needed to rethink the traditional role of just receiving, storing and delivering cargo.

Commenting on the traditional argument of the region’s proximity to consumers in major markets, he drew attention to the fact that, increasingly, experts have been opining that efficiency and service excellence trumped proximity.

Stephenson observed that the nearly 75-year-old Kingston Wharves was now a global brand, with net assets of US$198 million in 2018.