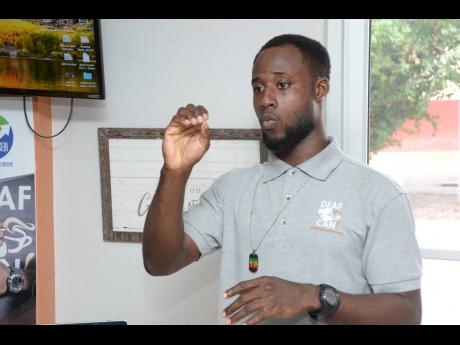 Contributed
Fabian Jackson, one of the managers at Deaf Can! Coffee. 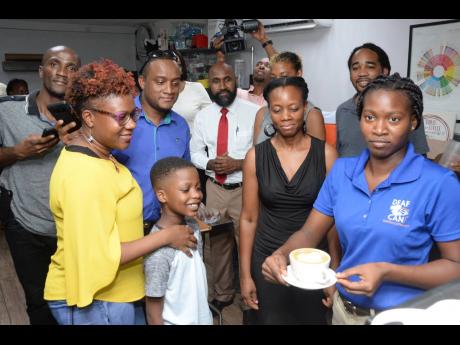 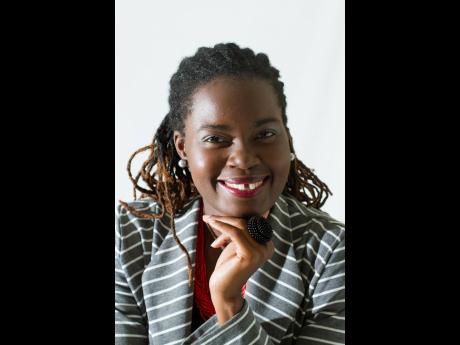 Contributed
Andreen Smith (right), head barista and manager at Deaf Can! Coffee shows off her just-made latte coffee while patrons look on. Occasion was the official launch of Deaf Can! Coffee E3 Café and Sip ‘n’ Sign event recently at the Caribbean Christian Centre for the Deaf on Cassia Park Road, St Andrew.
1
2
3

Four years ago, 23-year-old Fabian Jackson was uncertain about his future. The young deaf man struggled with discrimination and barriers, which became more distinct when he entered the workforce.

This treatment of exclusion was not unique to him, as many persons in the deaf community, or persons with a disability, are faced with similar challenges daily.

However, Jackson was shown a world of possibilities when a friend invited him to be part of Deaf Can! Coffee, a social enterprise which specialises in the brewing of coffee and employs people from the deaf community. That invitation was just the beginning for Jackson.

“Oftentime, others look down on us, and they tell us we can’t; but, after my exposure to training and learning barista skills from my friend, Carlyle Gabbidon, I started believing that I could, and that all happened through the inspiration of Everlin Clarke, a deaf coffee farmer in Top Hill, St Elizabeth, who taught us how to grow and roast coffee,” he said.

Jackson said Clarke,who passed away last year, showed him and the rest of his team members that deaf people can; and this encouraged him to want to be like him. He said that during the training, he became excited about coffee and the technique to brew it.

“I started believing that I could also develop myself, too, that I could step out into the world and face the challenges, and that I can serve customers,” he related.

That attitude boosted his self-confidence, and he was promoted to be one of the managers at Deaf Can! Coffee. “I’m proof that deaf persons can do anything,” he pointed out.

Blake Widmer, co-founder of Deaf Can! Coffee, said Jackson is one of more than 15 people employed full-time at Deaf Can! Coffee. The social enterprise, which was established in 2015, has been doing well, with 12 outlets in Kingston & St Andrew, St Catherine, St Elizabeth and St James.

However, Widmer accredited the success of Deaf Can! Coffee to the JN Foundation and the United States Agency for International Development (USAID), based on the Social Enterprise Boost Initiative (SEBI), a six-year project, which ended last year.

Jackson said that through SEBI, Deaf Can! Coffee was able to access grants to source equipment for their training centre, provided with networking opportunities, which allowed them to build awareness about their products and services, and marketing strategies, among other areas.

“When SEBI invited us to join the programme, we had no idea that we were going to become a social enterprise. Through SEBI, we learnt advocacy skills, and were provided with a platform to promote our message – that deaf people can be productive,” he explained. “The opportunity to be in the JN programme really helped us to grow.”

Widmer said this growth was seen in the number of jobs created, where the enterprise moved from two employees to 13 after exiting the SEBI programme. Four more persons were recently added to the team. Revenues also moved from J$3 million to J$14 million in sales after participating in SEBI.

Onyka Barrett Scott, general manager of the JN Foundation, said she was happy that the JN Foundation, through SEBI, was able to contribute to the establishment of Deaf Can! Coffee, which is now creating employment for a set of young people who would have been overlooked.

“At the JN Foundation, our vision is that Jamaicans, wherever they may be, are able to achieve their full potential. Our work with Deaf Can! Coffee demonstrates that we believe in inclusiveness, and that all Jamaicans not only have access to the right resources to fulfil their true potential, but also the skills they need to take hold of that access,” she explained.