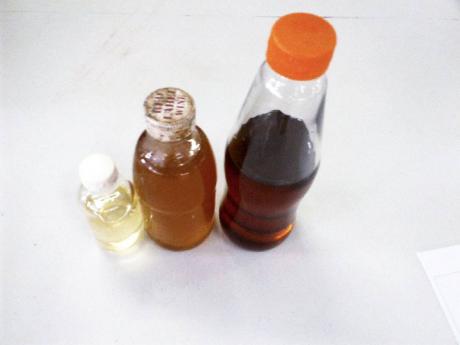 Bouyed by the positive outlook being projected for Jamaican castor oil, Lamar Dell joined forces with two of his friends and decided to venture into this business over three years ago.

But while the money is sure, according to the experts, the entrepreneur said starting the business has been an uphill battle, which they have been tackling ever since the business, Castor Field Farm, was registered in 2016.

“We plan on growing the beans and processing the oil for local and international markets. We are currently in the first phase of our business, where we are preparing land to start our planting, so we aren’t fully functional at this moment. We have been facing a lot of challenges in terms of getting land to lease,” he said.

The trio was able to secure land in Trelawny and hopes to go beyond just growing castor oil. The aim is to have a mother farm where farmers of castor beans can take their crops and have it processed.

“There is high unemployment among the youths, so if we can be a mother farm where persons can grow and bring their beans to us, we would process,” he explained.

“We decided to go into this business because we did our research and we found that there is a great demand, both locally and on the international market, for the Jamaican black castor oil,” said Dell.

Dell is a member of the Jamaica Castor Industry Association, which is currently trying to trademark the Jamaican black castor as a brand.

“Things are being put in place to really regularise the industry. So it is coming onstream now, so we are really with the programme,” he said.

The Jamaican black castor oil is used primarily in the health and beauty industries; then there is the commercial-grade oil which is used in the manufacturing of a wide range of items.

Castor Field Farms was awarded third place in the Sagicor Foundation’s inaugural Sagicor Imagine Awards, which aim to assist promising young Jamaicans who own an existing business or those who have developed a strong, new business idea.