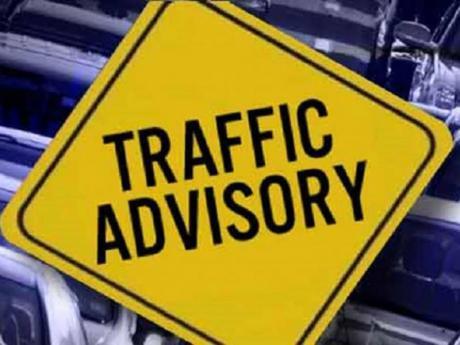 The National Works Agency (NWA) is alerting motorists to the possibility of lengthy delays when travelling along a section of Old Harbour Road in St Catherine later this afternoon as it says roadwork contractors are currently carrying out paving works near the Muslim Mosque at Church Pen.

NWA’s Senior Communications Officer, Ramona Lawson, says the activities could possibly extend into the evening and, in that event, motorists will experience longer travel times.

She suggests that they use alternative routes, where possible.

It says today’s activities will complete all the road construction works associated with the flood mitigation and road widening projects being implemented near the Church Pen Cemetery and Muslim Mosque along the roadway.

Activities to complete the projects include the construction of sidewalks and pedestrian bridges as well as protective works in relation to two major storm water channels located at either site.

These works will extend into the upcoming weeks.

The projects, which are valued at a combined $82 million dollars, is a component of the World Bank-funded Jamaica National Disaster Vulnerability Project, which seeks to significantly mitigate the incidences of flooding in four of the island’s most vulnerable locations.