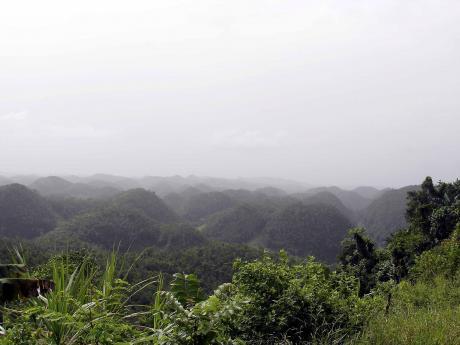 A section of the Cockpit Country - Contributed photo

Mining Minister, Robert Montague, told parliament yesterday that there is no mining within the boundaries of the proposed protected area.

“There is no mining and there is no plan for that,” he said.

But, JET contends that more information from the government.

Questions to the government from JET:

1. Greater clarity for the Jamaican public on where the Cockpit Country Protected Area boundary lies and what factors were used to determine its position

2. A detailed updated timeline for the on-the-ground verification (ground-truthing) of the CCPA boundary by the Forestry Department

3. A deadline for when the CCPA will be declared protected and closed to mining under Jamaican law

4. The GOJ's commitment that no other mining leases or prospecting licenses will be granted until the CCPA has been protected under law

5. The protections that will be secured for ecologically sensitive areas of the Cockpit Country which have been left outside the designated protected area

6. The available options for Cockpit Country communities which happen to lie outside the CCPA and do not want bauxite mining in their communities.

The environment lobby group is insisting on the following:

* The designated Cockpit Country Protected Area boundary has not yet been completely verified on-the-ground, gazetted and declared protected under Jamaican law

* As a result, the CCPA has not yet been closed to mining under Jamaican law

* In 2018 the Government of Jamaica (GOJ) granted a special mining lease to Noranda/New Day Bauxite Company which allows bauxite mining in sections of Cockpit Country in St Ann and Trelawny which were left out of the designated protected area.

* Special Exclusive Prospecting Licenses which overlap the designated Cockpit Country protected area boundary in sections of Manchester, St Elizabeth and St James have not yet been amended by GOJ

* The sensitisation sessions in Cockpit Country referred to by Minister Montague in his address to Parliament which were hosted by the Forestry Department in late 2018, were poorly publicised and poorly attended. The sensitisation attended by JET in Mocho, St James on November 28, 2018 provided little clarity for those present on what was planned for the protected area.