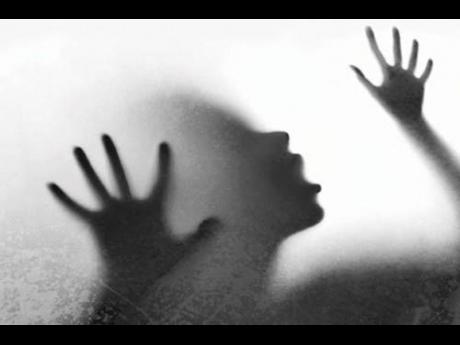 A non-profit organisation in Atlanta, United States, is reporting that from December last year to January 2019, it rescued six Jamaican victims of human trafficking.

Four of the victims were women and the other two, underage girls.

According to Mia Pean, the executive director of Her Sister's Place, the victims were promised glamorous opportunities  in the United States, however, when they arrived in Atlanta, they were pumped with drugs and forced to have sex with several men daily.

She said one of the adult females is currently in the custody of immigration authorities, set to be returned home soon while the two underage girls are back on local soil.

"With the aid of law enforcement and friends, we were able to purchase tickets and two of them travelled back to Orlando to meet with family members and eventually sent back to Jamaica," said Pean.

However, she said the three other adult females remain on the streets of Atlanta.

"They are roaming the streets homeless and left at the mercy of a crazy pimp," Pean said whose organisation offers transitional housing and life skill training for women who have been trafficked.

Human trafficking is the movement of people through coercion, deception or force for sexual exploitation or labour.

How the Jamaicans ended up in Atlanta

The six trafficking victims are from St Catherine and Kingston.

Pean said one of the women was promised a job and the others better lives in America after they were picked up at parties in Kingston.

She claims, however, that the underage girls were sold by family members.

“Just a week before Super Bowl, we got a call to rescue four immigrant young women, age range 25-30 from Kingston Jamaica, they were rescued from trap house,” Pean said.

A trap house is a place where more than 30 young women are kept to have sex with older men.

The Atlanta-based 11-Alive News reported that during the period of the Super Bowl in February this year, some 169 persons were arrested during an 11-day operation targeting sex trafficking in Atlanta.

Those arrested included 26 sex traffickers and 34 individuals attempting to engage in sexual acts with minors, according to the FBI Atlanta field office.

Nine children were recovered from sex trafficking; the youngest being 14 years old.

The head of Jamaica's Anti-Trafficking in Persons Unit, Deputy Superintendent Carl Berry had told The Gleaner that he was not ware of the Atlanta trafficking claim.

The office of Jamaica’s Honorary Consul in Atlanta Dr Elaine Bryan also had no such reports.

However, Pean said she made contact with the Consulate on several occasions seeking help for the Jamaican trafficking victims.

In the meantime, Pean said she is now hoping that the Jamaican authorities will help the victims.

"The authorities here only see them as prostitutes and are asking for physical proof that they were actually trafficked here. Without the proof they are just left to go back on the street or stay locked up," the director said.