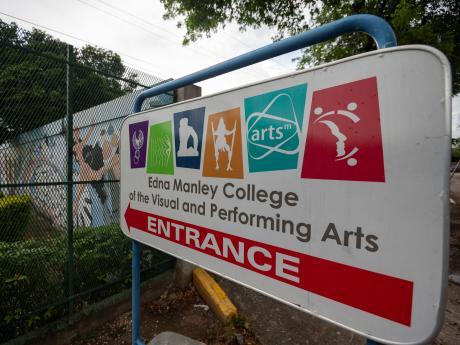 Representatives of the Edna Manley College of the Visual and Performing Arts are to be invited to appear before Parliament's Public Administration and Appropriations Committee (PAAC) to explain the institution's procedure for addressing complaints.

This comes in the wake of reports of allegations of sexual harassment implicating at least two male lecturers.

Alleged victims have accused the school's administration of turning a blind eye.

"This thing has become a problem. My understanding is this thing has been going on for some time, and I think from our perspective, what we would be seeking [to find out] are what are the rules that govern how they are supposed to act in these circumstances," PAAC chairman Dr Wykeham McNeill said during yesterday's meeting of the committee.

Further, McNeill said that as a parliamentary oversight committee, systems and procedures need to be examined by the PAAC to prevent recurrence.

"Once we see issues arising, we have to work and put in place recommendations to Parliament [so] that we will not see these things happening in other institutions or happening again," he said.

Edna Manley's board met last week to examine the explosive allegations of a cover-up.

Following the nine-hour-long meeting, the board promised a zero-tolerance approach to sexual and other forms of violence at the institution.

A hearing is reportedly set for June 20 with complainants and the accused lecturers.

Reports are that one of the lecturers, a perennial fixture in the power structure of the institution, has been targeting several female students, as well as an American professor who is here on a work permit.

The lecturer is also accused of making crude and sexually suggestive jokes towards female students during classes, attempting to justify his conduct by saying that everyone at the college is an adult.