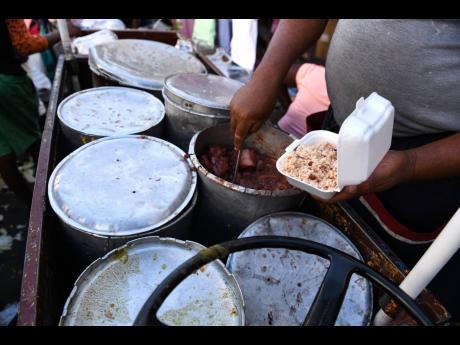 The United Nations (UN) is reporting that an estimated 77 million people in the Americas suffer an episode of food-borne illness each year, half of them children under five years.

It says that available data indicate that food-borne diseases generate $700,000 to $19 million in annual health costs in Caribbean countries and more than $77 million in the United States.

The first-ever celebration of the UN World Food Safety Day, to be marked globally today, aims to strengthen efforts to ensure that the food consumers eat is safe.

The UN reports that every year, nearly one in 10 people in the world (an estimated 600 million people) fall ill and 420,000 die after eating food contaminated by bacteria, viruses, parasites or chemical substances. It noted that unsafe food also hinders development in many low- and middle-income economies, which lose around US$95 billion in productivity associated with illness, disability, and premature death suffered by workers.

The UN has designated two of its agencies, the Food and Agriculture Organization (FAO) and the World Health Organization (WHO) to lead efforts in promoting food safety around the world.

FAO and WHO are joining forces to assist countries to prevent, manage and respond to risks along the food supply chain, working with food producers and vendors, regulatory authorities and civil society stakeholders, whether the food is domestically produced or imported.

In Latin America and the Caribbean, the Pan American Health Organization (PAHO), through its Food Safety Regional Programme, coordinated by the Pan American Center for Foot and Mouth Disease and Veterinary Public Health, is working with countries to strengthen their national food safety and surveillance systems. Some of the areas of focus include strengthening risk-based inspection and control systems to prevent national and international incidents due to contaminated food, and enhancing laboratory capacities needed to protect food safety.

“Whether you are a farmer, farm supplier, food processor, transporter, marketer or consumer, food safety is your business,” FAO Director General José Graziano da Silva said. “There is no food security without food safety,” he said.

“Unsafe food kills an estimated 420,000 people every year. These deaths are entirely preventable,” said Dr Tedros Adhanom Ghebreyesus, WHO director general. “World Food Safety Day is a unique opportunity to raise awareness about the dangers of unsafe food with governments, producers, handlers and consumers. From farm to plate, we all have a role to play in making food safe.”