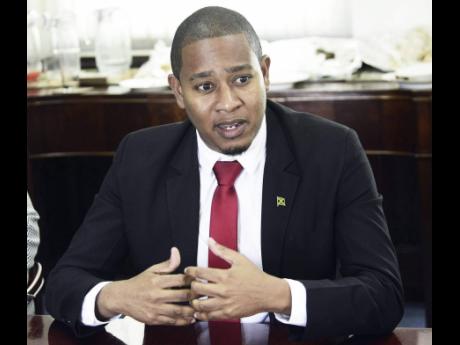 He noted that the market has grown from one company listing with capitalisation of $750 million, to some 43 entities that have generated approximately $135 billion in capital.

In addition, he said that major increases have been recorded for contributions to Pay As You Earn (PAYE) from $200 million to $500 million over the decade; National Insurance Scheme, up 148 per cent; National Housing Trust, up 137 per cent; and General Consumption Tax up 940 per cent.

The junior market, established in April 2009, facilitates investments in legitimate small and medium-sized companies, whose shares trade on a special JSE platform. This enables the listed entities to raise capital, thereby positioning them to contribute to Jamaica’s economic growth and development.

Green said that while there was initial scepticism about the market’s viability and sustainability, the positive out-turns have served to dispel these doubts by demonstrating that “when you give Jamaican companies an opportunity to generate capital that they can reinvest and grow, the results are and will be tremendous”.

As such, he said that the proposed micro stock exchange remains a priority for the Government, in order to enable more micro, small and medium enterprises to grow and contribute to economic progress.

The facility, which was announced last year by portfolio Minister Audley Shaw, will provide micro-sized companies with access to capitalisation of between $5 million and $50 million.

Green said that the Government believes the facility can assist in “tremendously growing” the microbusiness and microfinance sectors.

“We want to give these companies … smaller businesses… an avenue through which they can also list, generate capital, reinvest and grow, thereby further boosting the industry,” he said.