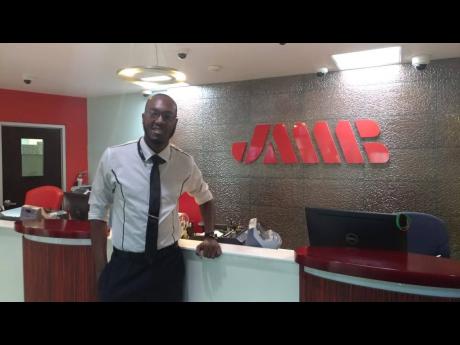 While systemic lupus erythematosus mainly affects females at an average age of 22 years old, it often breaks out of these parameters, affecting children and even men. Though male lupus survivors are few, they are still fighting, enduring and living with the disease.

Meet Raymar Lee, who was diagnosed with what could be described as one of the most unpredictable diseases known to man. He was told in March 2010, after he started experiencing some swelling in his legs, that he had lupus.

“My legs were getting fat,” Lee said. “I was a teen then, so my mom thought it was just due to me eating a lot. But one night, we were in the living room, and she placed her hand on my leg, and when she removed it, the outlined remained like memory foam,” he continued.

His mother took him to a private doctor, and that was when the news was delivered: “You have lupus”.

“The swelling was because my kidneys were failing and causing poor circulation and loss of protein,” Lee recounted.

Lee explained that battling the disease was hard at first but that with education, he learnt to lead a life that is as normal as possible.

“It was rough at first, but I have educated myself on what lupus is and what it can do, and I have been working against it,” Lee said. “But life is pretty much the same to some extent. Besides the daily medications and random flares, I am pretty much a regular guy.”

Symptoms of lupus often hinder the warriors from completing tasks they enjoyed before they were diagnosed. However, for Lee, he said his life has been mostly the same since he got over his allergy to the sun because of lupus.

“I used to be deathly allergic to the sun, and going to the beach was a no-no, but I am good now. My system has adapted to having lupus, and the medications keep it under control,” he told The Gleaner.

Exposure to the sun would cause a butterfly rash to break out across Lee’s face, but according to him, he does not have much of a hindrance anymore.

Of his nine years living with lupus, Lee has spent approximately the first four to five years in and out of the hospital but has recently been handling the disease really well. It should be noted, however, that lupus affects each person differently. As for Lee, something that almost all lupus patients face, he does not experience.

“I can remember all of my lupus flares, and they are all bad, so it is hard to pick out one that is probably worse than the others,” Lee explained. “But here is something: My lupus is different than most others. While others get joint pains somewhat regularly, I have had them only once,” he said.

Instead, Lee experiences swelling that sometimes makes him self-conscious and want to stay inside.

“I get random swelling of my lips and eyes to the point that they are swollen shut,” he said. “It does not happen as often as before, but this is the most recent and probably the worst flare that I have experienced. I hate it.”

At 26, Lee leads a life that is as close to normal as a lupus warrior can get. He currently has a job and is studying to be a graphic designer. While he is not sure where his future will take him, Lee hopes to have his own restaurant, as he loves to cook, or open a design house.