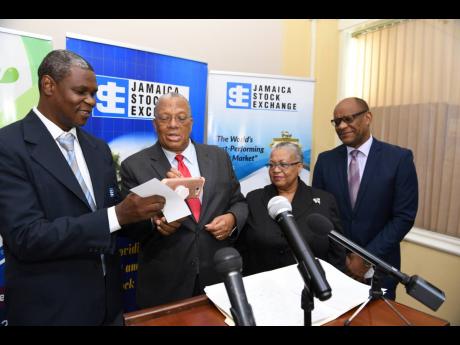 Opposition Leader Dr Peter Phillips has lamented that the Jamaican masses are not reaping trickle-down benefits despite the country’s fiscal stability, arguing that the Government’s ‘prosperity’ mantra did not lead to equity.

He said some 60 per cent of the workforce was paid minimum wage or just above, a situation he labelled untenable.

“The problem of liveable income is a major problem in this country. It is also manifested in the fact that the contract work phenomenon is spreading widely. It is estimated that in the tourism sector alone, up to 40 per cent of the workers in some hotels are described as contract workers,” Phillips said.

The opposition leader said that even though many such workers are de facto full-time employees, they are often denied vacation leave, maternity leave, pensions, or other welfare benefits.

He said that unemployment, while trending downwards, was problematic as the numbers related specifically to those who were looking for work in the months prior to the survey. That, however, is standard protocol.

Jamaica’s unemployment rate is at a record low of 8.0 per cent.

“We have to learn from our history, and we need to chart a clear-cut course for our future,” the president of the People’s National Party said. “We have to sustain the fiscal responsibility even though it takes so much effort, difficulty, and sacrifice by the majority of the people.”