The role of a father 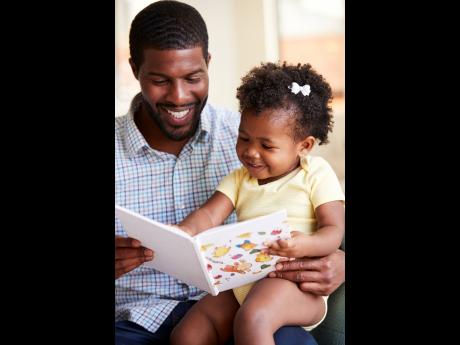 As Father’s Day approaches, let’s just admit that parenting is a hard job and each parent fulfils a particular role. A mother cannot father us, and a father cannot mother us. Fathers and mothers are different … each has benefits.

Below is a review of the differences between parenting styles of fathers and mothers.

interactions between fathers and mothers

l Fathers are less patient with children’s dependent behaviours (crying out for help with things they can already do, etc.). Mothers are more likely to intervene more quickly in face of their child’s frustration.

l Fathers tend to discipline with a focus on what their child needs to learn in order to be successful in the everyday world. Researchers suggest that if this is done in a healthy manner, it can significantly contribute to developing the child’s sense of independence and promoting adaptive problem-solving skills. Mothers tend to discipline with focus on the impact of their child’s behaviour on emotional relationships.

As you can see, the role of the father is critical and a better appreciation of it leads to happier and more productive children and a greater ease of parenting for the father. More men in the society need to rise up and allow children to see them in action so they can realise their potential.

The Bible has numerous examples of fathers. Let’s consider Jairus, who is an example of a father we can all emulate.

In Matthew 9:18-26, the story is told of Jairus, a father and ruler of the local synagogue, with influence, wealth and stature. He had all he needed but when his daughter died, he went personally to Jesus for help. He did not give up. Let’s see what encouragement we get from his story as we set out to father those the Lord has put around us.

Encouragement from Jairus’ Encounter with Jesus

1. Be strong in character

He was a member of the sect of Jewish leaders who opposed Jesus, but when his daughter was sick, he decided to go against the norm.

… when he saw Jesus, he fell at his feet.

He pleaded earnestly with Him, “My little daughter is dying. Please come and put Your hands on her so that she will be healed and live.”

Going to Jesus meant Jairus’ associates would possibly abandon him, and he could lose his position in the society. Yet, he was willing to sacrifice all to do the right thing. He acknowledged that Jesus was his only hope and pleaded with him to come to his house. Jairus had to be strong for his child and face the truth about Jesus. Fathers must be strong; we cannot just go with the flow of what the world is doing. Like Jairus, we need to invite Jesus to our house and allow our Christian values to dominate the way we approach life.

2. Be strong against societal norms

In the text, Jesus had just been touched by a woman that had been sick, bleeding for 12 years (Matthew 9:20). As far as the Mosaic law was concerned, this made Jesus ceremonially unclean. This rule prohibited Jairus the synagogue leader from having any contact with Jesus, but his daughter’s life hung in the balance. Jairus had to rise above the cultural box for the sake of his daughter.

Sometimes cultural norms can supersede common sense; they can dictate wrong behaviour as normal and proper behaviour as wrong. Men must display their God-given strength and stand for what is right and not what our society dictates.

There is an honour and an authority that God has invested in men. We need to seize it and live it even if our society doesn’t agree. Join us next week as we continue to look at Jairus’ encounter with Jesus and the encouragements fathers can get from it.