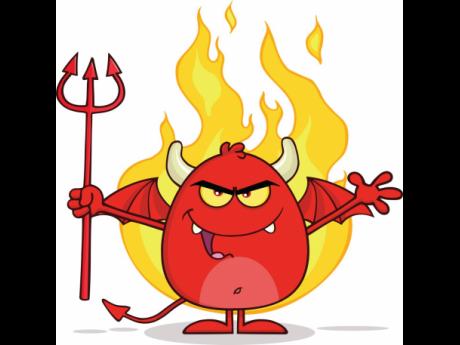 He has sounded forth the trumpet that shall never call retreat;

He is sifting out the hearts of men before His judgement seat;

Oh, be swift, my soul, to answer Him! be jubilant, my feet;

Our God is marching on.

Battle Hymn of the Republic

It is not unusual to walk into some churches and hear the plea for ‘sinners’ to embrace Christ as their Saviour. However, the method of coercion sometimes leaves much to be desired as the manner in which the call is made seems more like ‘scare tactics’.

The usually fiery messenger invokes the wrath of God on those who turn their backs on salvation by using blunt words about death and hell, or worse, warning about the dangers of walking out of church and never getting another chance to make things right.

Many persons flock to the altar, no doubt frightened at that prospect, and profess to accepting Christ as their Lord and Saviour – but it sometimes doesn’t last. Away from the fearmongering preacher and having the fright abated, some choose to stay away from church altogether.

Family and Religion asked the Rev Stacey Lalor-Knowles, pastor of the Longville Park Baptist Church to give her opinion on the practice. She said the ‘you better accept Jesus or else is not necessarily the right way to present the gospel of salvation, and it is certainly not the only way.

For her, the trouble with decisions for salvation made out of fear is that the fear one feels and the commitment made as a result rarely lasts past the actual moment of decision.

“Take away the ‘drama’ of that moment – the sounds and sights of the evangelistic encounter – and one may just as easily forget the decision to follow Christ,” she said.

She pointed out that while that scenario might speak to some, it is by no means the ideal method of sharing the gospel and inviting persons to accept God’s gift of salvation.

“There is so much more to a relationship with Christ than just using it as a means of escaping the judgement of hell,” she noted.

Speculating on why some preachers choose to use that style of winning new converts, Lalor-Knowles said that although it is not ideal, it can be effective.

Preachers, and especially those who believe absolutely in the dual realities of heaven and hell, she said, may often use them for dramatic effect and to speak to the emotions in order to elicit a visceral response from the hearers.

“It has been proven that the same crowd which stands unmoved by a sermon declaring the beauty of Christ’s crucifixion and resurrection and an earnest invitation to accept Christ’s dying for the forgiveness of sins will respond in visibly different ways if that sermon were to include elements of ‘brimstone and fire’ or other such ‘scare tactics’, she shared.

For others who take this approach, she said they see it as right and proper in the teaching of Scriptural truth; as the Word of God does speak to the reality of hell, and suggests that one ought to be/live in fear of God.

“Take St Luke 12:4-7, for example, where we are admonished to ‘fear God, who has the authority to cast us into hell’.

I believe it calls us to be aware of the reality of God’s judgement and to realise that even though He is a loving and gracious God, there are consequences if we reject His offer of salvation. It is better, then, to fear God than to fear man for they can only harm the body, while God has control over both body and soul for eternity.”

On the part of the hearer, she said, when faced with the possibility of being burned in hell or in the lake of fire, being separated from loved ones forever, etc one will feel the need to say yes to whatever is on offer to avoid such an outcome.

Near-death experiences or certain dreams, she noted, can also have that effect.

“One becomes so scared of dying outside of a relationship with Christ that one is driven to make that decision out of fear and not necessarily out of a need to have a personal relationship with Him,” said Knowles.

Responding to questions of whether there is a ‘right method’, Knowles said there is no one method or “magic formula” for inviting others into a saving relationship with Christ.

For her, although there are many tried and true ways (including scare tactics) to get others to make a decision to surrender their lives to Him, regardless of what motivates or drives one to recognise one’s need to accept Christ, it is what the person does when they get there that will really count.

“Even if we are driven to seek God out of fear, we still have to ‘believe and confess’ so that we might be saved.

We must want to be saved, that is, to embark on a life of surrender and sacrifice as we accept by faith what Christ’s dying on the cross has achieved on our behalf – total forgiveness of our sins and newness of life,” she said.