‘She keeps me in check’ 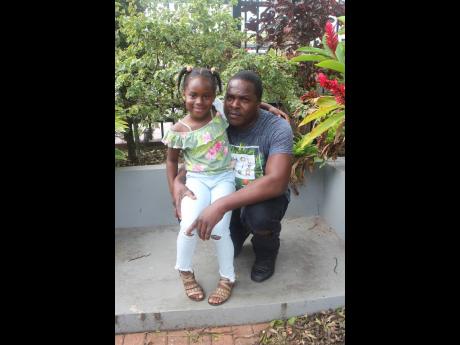 tamara baily
Chrisalia is the apple of her daddy Christopher Brown’s eye . 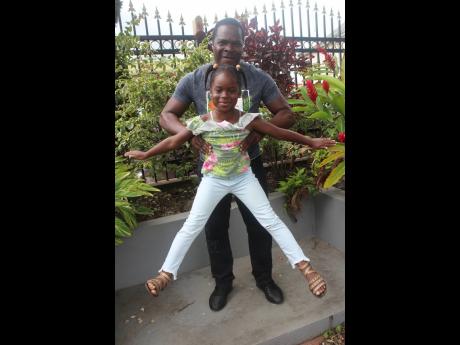 She is one of five children, but the first girl and the only one who can get her father to move readily to her commands.

Christopher Brown said before his pride and joy came into this world, he lived his life on his terms and took ‘no talk from anyone’.

But everything changed when she graced this Earth and entered his life.

“When I found out I had a baby on the way, I was excited. But when I found it was a girl, I was more excited because all along I have always wanted a daughter. We even did two ultrasound tests to make sure it was a girl.”

Brown said if someone had told him a few years ago that a little six-year-old would calm him, he would have laughed at them.

“She spin me round her little finger, man. A she control me still. I normally go home late and when she calls me, she questions what time I will be home – only she can ask me that. If I don’t get home the time I told her I would, a problem,” Brown said, laughingly.

The super dad told Family & Religion that he has had a close relationship with his own father over the years, and uses the parenting skills he has benefited from with his daughter.

“From day-care days to prep school, I am the one who takes her to school, and take her back home. No one can go to her and say ‘Daddy said you should do this’ and she believes them. She is a very smart girl.”

He continued, “Fathers really should take responsibility. In Jamaica, a lot of men don’t take responsibility for their children, and when the children grow up, that’s the time you see them behaving like them proud, when them cyan take credit because they never do anything.”

Brown revealed that he has friends who grew up without their fathers, and it has left a negative impact on them.

He said he doesn’t only want to provide for his children, but be a nurturer, particularly to his girls.

“From she was born, I have been there. I used to do almost everything: wash her clothes, bathe her, everything. The only thing I couldn’t do was breastfeed her, and sometimes during the nights, me wake up her mommy to breastfeed her. When she tired, me haffi walk up and down with the baby until she fall asleep … .”

The 42-year-old said for the past six years he has slept less because of daddy duties.

“I nah lie, sometimes me used to say look how me a run down girl baby, and now look pon the problem inna me life,” he revealed with bursts of laughter.

Brown admitted that before his daughter, he was never one to be disrespected without retaliating.

“I used to go out very often. But since she born, I haven’t been out that much.

“She changed my life a whole lot. I can be very arrogant and sometimes when she realizes something has upset me, she say ‘Daddy don’t get angry enuh, behave yourself’. She programme me man and keeps me in check.”

From securing her seat at the front of the car, requesting money borrowed from her to be doubled when being returned, and letting her mother know she is the queen of the pack, Brown said his daughter’s intelligence and innocence push him to want to do everything he can to give her a bright future.

“I want to ensure that my daughter goes to college, that is foremost on my mind now. I know she is brilliant. I just need to continue doing my part.”