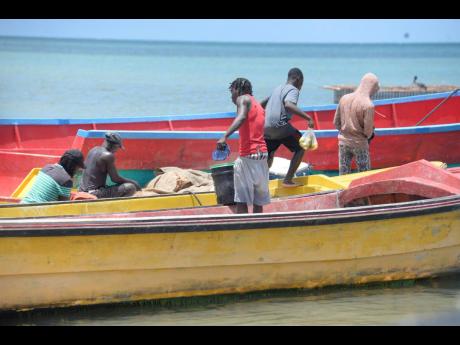 Fisherfolk in the seaside community of Rocky Point are proud that their neighbourhood has experienced a cessation of violence since the start of the year, but their fearfulness of commenting on crime affecting the broader parish of Clarendon is testament to the uphill struggle for the police in building cases without evidence.

Alluding to last Tuesday’s fatal shooting of 60-year-old vendor Patricia ‘Shorty’ Harriot in May Pen, Dawn Smith*, a fish vendor on the Rocky Point Beach, was blunt, saying she would not even speak about crime for fear of suffering a similar fate.

Reports are that Harriott, while sitting at her stall, was shot several times by an assailant at the intersection of Main Street and Brooks Avenue about 5:20 p.m.

“I am not talking about crime. I only want to talk about fish selling. You hear about the lady in May Pen named ‘Shorty’? Because of her mouth, the gunman give her five gunshots. Trust me, they are not afraid to give me 10.”

Donovan Sinclair*, a fisherman, was willing to speak to The Sunday Gleaner about a number of issues, including the success of a few of his 10 children. However, on the topic of crime in Clarendon, he was declarative in expressing dread.

“Mi fraid because dem will seh da bwoy deh a leak information. Dem will come for me, boss. To how these people stay, dem will come fi you,” he told The Sunday Gleaner.

Not denying that Clarendon, including Rocky Point, was prone to violence, Peter Taylor* said that he still believes there is hope for a turnaround.

“The place cool yah now, man. To be honest with you, a two type a gang deh a Rocky Point. You have Cubans and you have Compton. We are in the heart of Compton. I have lost family in this thing,” he told The Sunday Gleaner.

“From you look pon me, you can see what kind of youth I am. I put in a lot of [gangster] work around here, but it comes to a point where you say to yourself that certain things make no sense. A life di thing deh now.”

* Pseudonyms used because persons expressed fear if their identity was disclosed.