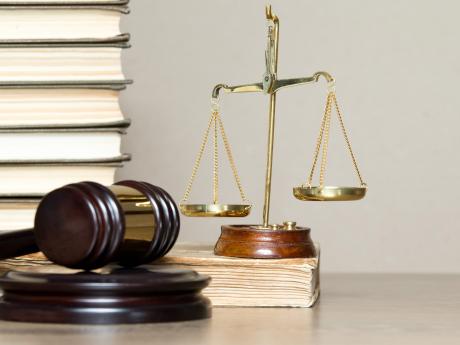 A husband and wife attorney duo are to answer to fraud charges when they appear in court on June 20.

Detectives from the Fraud Squad have arrested and charged 35-year-old Khadine Dixon as investigations into fraudulent transactions by the attorneys in the processing of a St Mary property continues.

Dixon, who is of a Kingston 5 address, is charged with Demanding Property, Obtaining Money under False Pretences and Conspiracy.

She was was arrested at her office in Kingston on Thursday, as investigators intensify their probe into the fraudulent transactions of a property in Harmony Hall, St Mary.

Dixon's husband Jerome, who is also an attorney-at-law, was charged in 2018 for forgery of a high court judge's signature in relation to the same property. The police say investigations link both husband and wife to the crime.

The police report that on March 23 last year, he lodged an instrument of transfer document and a court order with the National Land Agency (NLA) with information giving directives for a property in Harmony Hall, St Mary, owned by the complainants, to be transferred to one of his clients.

Another document supposedly signed by a justice of the peace for the parish of Kingston was also forged.

The instrument of transfer document was lodged at the office of the Commissioner of Taxes, where a sum of $1.4 million in transfer taxes was paid by Dixon’s ‘client’ in relation to the property.

A report was made to the Fraud Squad, following which investigations led to Jerome Dixon being arrested and charged.