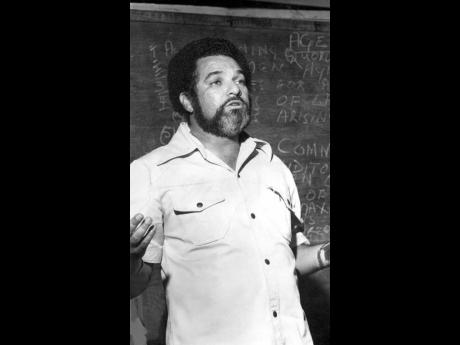 Rudyard Errol Lawson, a former state minister and member of parliament for South West St Catherine, passed away on Saturday.

People’s National Party (PNP) President Dr Peter Phillips said in a statement that the party was deeply saddened by Lawson’s passing, hailing him as a lifelong stalwart who helped rebuild the PNP’s organisational structure.

Phillips praised Lawson’s contribution to fixing some of Jamaica’s water problems, adding that he played a critical role in developing modern projects that brought potable water to many communities for the first time.

“He will be missed by the entire party, especially the Comrades in St Catherine and Portland, where he settled and became a banana farmer after his retirement,” Phillips said.

The son of Bryan T. Lawson, a teacher, and Winona Lawson, a dressmaker, Ruddy Lawson was born in Oracabessa, St Mary, on October 15, 1938.

Educated at Brown’s Hall School and later Kingston College, he was a career life underwriter with North American Life and Life of Jamaica insurance companies, from as far back as 1964, before transitioning into politics.

Lawson earned his political stripes in the turbulent 1970s, which marked an ideological divide between democratic socialism and capitalism. A councillor in the St Catherine Parish Council, Lawson was appointed mayor of Spanish Town from 1974-76 and progressed to his first of two stints in the House of Representatives, 1976-1980, after defeating Jamaica Labour Party rising star Bruce Golding.

After serving as state minister in the late 1970s, Lawson reassumed that political office under the Manley administration – first in the Ministry of Agriculture from 1989-93 and then the Ministry of Water and Transport from 1993-95.

He was married to Yvonne Bogues, and had three sons and two daughters.