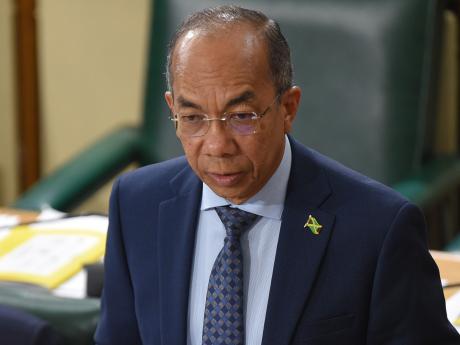 The Zones of Special Operations (ZOSOs) in Denham Town in Kingston and Mount Salem St James have both been extended by a further 60 days to August 19, 2019, and September 7, 2019, respectively.

The House of Representatives on Tuesday approved two resolutions for the extensions, which were moved by National Security Minister, Dr Horace Chang.

In his address, Chang noted that Zones of Special Operations reflect the shared consensus regarding the attainment of crime reduction through social intervention.

“In my April address, I acknowledged this very fact noting that all governments have undertaken and have invested considerably in substantial social intervention programmes in vulnerable communities over the years. Through Zones, this effort continues,” he said.

Chang pointed out that Jamaica’s two current ZOSOs in Mount Salem and Denham Town were operationalised in 2017 and are still in the build phase, adding that this is the longest and last phase of the three-phase strategy.

“Reports from the Social Intervention Committee have indicated that social intervention programmes, pursued under various thematic areas, are being successfully executed in a peaceful environment, conducive to community development and continued prosperity,” he said.

Further to this, Chang said successes in these areas continue to be manifested by an overall lower crime rate.

They include one aggravated assault, one rape, and one break-in.

“It is important to note that there have been no recorded cases of murders or shootings since the declaration of the Zone,” the Security Minister said.

Further, he said that there was an 88 per cent decline in break-ins and a 59 per cent reduction in overall category-one crimes since the declaration of the zone.

“While our ambitions are much greater than that which has been reported here, we continue to be motivated by the gains we have made so far,” Chang said.