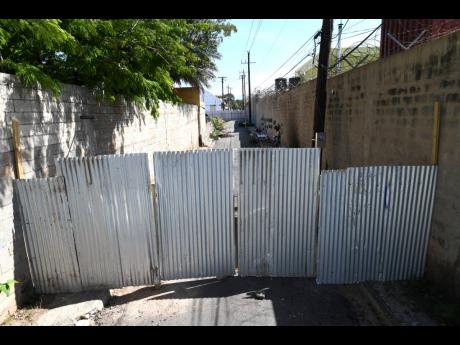 Plans are under way for the closure of a section of John’s Lane in the vicinity of the P.A. Benjamin manufacturing and processing plant to facilitate expansion of its operations.

The expansion has been reportedly triggered by the demands of Benjamin’s international growth curve which demands that stock be housed in a single space.

“That was in motion a long time ago. I think it was in 2016 that the resolution was passed to discontinue the road and then requested notices were given in the papers for the discontinuation of the road.”

However, when contacted, Director and Commercial Manager Christopher Powell declined to speak on the matter, reserving comment until the renovations were completed.

Marketed under the Benjamins brand, the manufacturer of food flavours and pharmaceuticals announced the roll-out of a $550-million upgrade to boost production capacity in a bid to grab a bigger stake in the export market.

Chairman and Chief Executive Errol Powell had told The Gleaner then that the vacant lot at 90 Duke Street would be incorporated into the company’s new structure, increasing the footprint of the factory operations to more than 52,000 square feet.