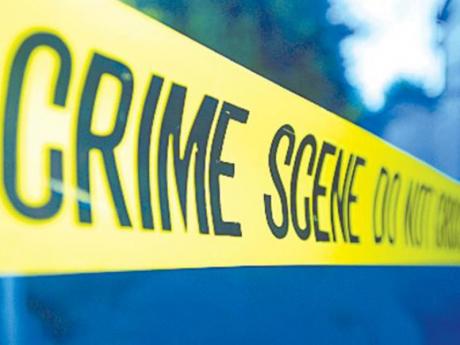 It was a dramatic scene along Dunrobin Avenue in St Andrew this morning when a windscreen wiper was shot and injured by a motorist.

That motorist was reportedly challenged by a licensed firearm holder who opened fire shooting him.

The police report that about 7:00 a.m, the windscreen wiper and the motorist got involved in an argument.

The driver reportedly pulled a gun and opened fire hitting the windscreen wiper.

On seeing what happened, a licensed firearm holder reportedly sought to intervene.

There was an alleged confrontation between the two and the gun owner reportedly shot the motorist.

He reportedly called the police to the scene.

On their arrival, the injured men were taken to hospital.

A pump attendant at a nearby gas station was also injured during the shooting.

Fifty-six-year-old Fitzroy Williams told The Gleaner that he was working when he realised that he was injured.

“I was just on the pump and heard the explosion and thought it was just a backfire from a bike until I felt the impact. I realise that ah graze mi hand get graze but I don’t even know what was going on,” Williams said.

He said visited a doctor for treatment and then returned to work.

The windscreen wiper is said to be in critical but stable condition and the motorist admitted under police custody.

The police also seized the gun allegedly used by the motorist, which is said to be unlicensed, to shoot the windscreen wiper.

They say a 38 Smith and Wesson revolver along with five cartridges was handed over to investigators.

According to the police, the licensed firearm holder is cooperating with investigators.