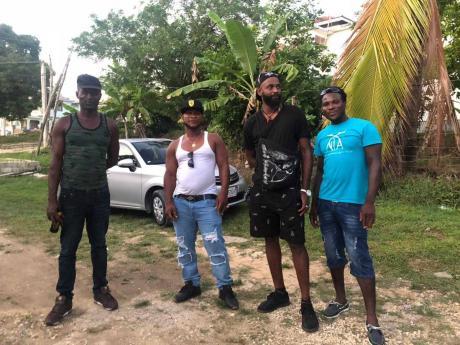 Jamaica’s Foreign Affairs Ministry says it’s probing the case of the alleged detention and abuse of Jamaican fishermen by the United States Coast Guard in 2017.

In a statement today, the Ministry said it became aware of the matter on Thursday, June 13 through social and print media reports.

But, US news outlet, The Atlantic, in an article on Wednesday, reported that the Jamaican government received a request from the US Coast Guard to detain the fishermen at the time of the incident two years ago.

According to the article, Jamaica reportedly consented to the request which facilitated the men’s prosecution by the Coast Guard.

The article quoted a statement it reportedly received from Coast Guard spokesman Lieutenant Commander, Scott McBride, who allegedly stated that the agency’s officers saw the men get rid of numerous packages of marijuana and that the officers later recovered some 600 pounds of the drug.

The Coast Guard reportedly indicated that it complies with U.S. and international law and treats detainees humanely.

Human rights group, American Civil Liberties Union (ACLU), has filed a lawsuit on behalf of the Jamaicans in a US court alleging that they were, among other things, held in secret for over a month while being denied access to shelter, basic sanitation, proper food, and medical care.

READ: ‘Hell and Back’ - Fisherman recounts horrific tale of 2017 ordeal at sea

The foreign ministry said it is investigating the situation with Jamaica’s Consulate in Miami and other relevant Government agencies in an effort to learn more about the case.

“But to date [we] have not discovered any record of a complaint having been reported to the Consulate or the Ministry of Foreign Affairs and Foreign Trade office in Kingston,” the Ministry said.

The Ministry said the allegations made by the Jamaican fishermen are of serious concern as it regards the rights of its citizens at home and abroad as paramount.

“It is hoped that justice will be delivered through that process [lawsuit],” the ministry said.

“We take this opportunity to remind Jamaicans who travel overseas and experience difficulties, these matters may be reported to the closest Consulate, Embassy or High Commission, or on their return to Jamaica, to the Ministry.”