Colouring fathers who stand in the gap 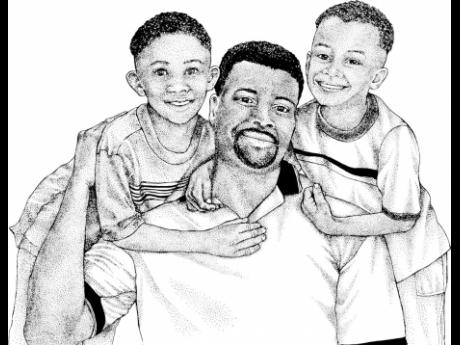 My real old man he got killed in the war

She said she thought that she could never love again

And then there he stood with that big wide grin

He married my mother and he took us in

The Winstons – ‘Colour Him Father’

Tomorrow, the world will celebrate Father’s Day, and just like how some women bear the shame of never giving birth, so too do some men who must deal with the stigma of never siring a child. That, however, does not make them any less of a man or exceptional father to children who are badly in need of care and protection.

Unfortunately, the very substantive roles they play are sometimes overlooked with their being subjected to cruel taunts because they are not biological fathers. Children, too, fail to appreciate having someone who is ably standing in the gap and instead of giving due respect they choose rather to rudely remind him that, ‘you are not my father!’

Transformation and leadership trainer, Sean Williams, said that women can ensure these men get the respect they are due simply through words of affirmation and appreciation.

“Say thank you. Treat them as you would treat the ‘real’ father. Involve them in important decisions. Be kind to them. Honour them. Respect them. Value them. And all these things should not be done on just Father’s Day, but as often as possible,” he said.

Williams added that an environment should be created where the father finds it a pleasure to play his role. And when disagreements come, as they will, the mother should be careful how she responds to him.

“Do not be condescending, but choose your words wisely. All this goes for any father, not just the ones who help to raise another man’s child,” he said.

Williams pointed that the stepfather should not take anything the children do personal as children are people, too. Noting that adults find it difficult to handle separation, he said it is the same for children.

“I would suggest that they try to get at the root of the problem, not just focus on the problem itself. Do more listening than speaking. And be consistent in demonstrating love and commitment. Do not create a situation where you ask the mother to choose between you and the child. There is usually a lot of fear and pain involved in situations like these, so a whole lot of wisdom is needed,” Williams said.

“The child might feel that very soon she will be abandoned or rejected or the child might simply want his or her father, and not a replacement. A host of things can be at work,” he said.

The thing to do, shared Williams, is to love consistently and deliberately, as well as exercising a great deal of patience.

His advice is to focus on doing good as good is to be done, and not on getting anything back in return.

Williams suggested doing good as a father and trust that in time, the child will see that his fears will not be realised.

“Of course, the mother also has a role to play in all this. She has to use her words wisely. For example, she has to be careful about what she says about the child’s father so that the child is not aggravated by it,” noted Williams.

Noting that things might not go the way they desire, Williams reminded that disappointments itself does not destroy, but rather how one responds to it.

The world is not short of children who need fathers, Williams said, and it can be just as fulfilling to father a child that you did not produce as it is with one of your own.

“Also, know your value and worth. Your value as a man goes way beyond your ability to produce children. You have the ability to shape not just a life, but many lives through the children you father. You can still counsel, support, provide, encourage and build,” he said, adding that as a stepfather, the ability is still there to lead so that’s an achievement to keep his head high, knowing that he is more influential than he credits himself.

Williams said, as a society, we have failed to honour, value and elevate men. More time, he said, is spent cursing those who do not play a role than acknowledging the men who do.

“If we spend more time elevating men, it will give others something to aspire to. Men are designed to be the foundation for healthy families, and if we do not seek to build the ‘foundation’ then we cannot expect to have healthy families,” he said.