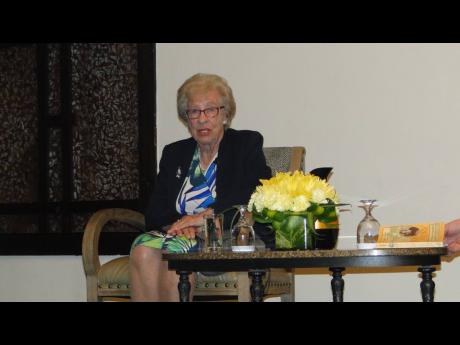 Eva Schloss, nee Geiringer, thought her mother, whom she called Mutti, was killed because she was ‘selected’ by Dr Mengele (Dr Death) himself. While she was going through unimaginable grief and despair, some new prisoners with whom she had come into contact along the way told her that her mother was sick and lying in the hospital for prisoners.

Minni, her mother’s cousin who was working as a nurse in the camp, was saving her from possible selection. Eva was extremely happy, to say the least, but her father, who had visited her twice because of his connections on the men’s side of the concentration camp, was never again seen after the second visit. “It began to dawn on me then that I had found my mother but lost my father,” Schloss writes in her book, Eva’s Story.

Eva herself was not well; her frostbitten feet were getting worse because she refused to visit the hospitalfor fear of being ‘selected’. Now that her mother was there, she put her name on the list of people to get medical treatment. One week later, her name was called to visit the hospital. There, she met Minni, who was overjoyed to see her, and introduced her to a Jewish doctor, who gave Eva permission to visit her mother.

On a top bunk bed, Eva saw her dying mother. When she saw Eva, she looked at her in disbelief. The weak and emaciated woman slowly climbed down the bunk to embrace Eva. “She was almost starved to death. Her cheeks were hollow; her blue eyes had faded and had sunk into the sockets of her skull. Her arms and hands were paper thin, and she could barely stand upright. She was a leaf, but she was alive,” Schloss recalls.

The winter was severe, and Eva was already experiencing advanced frostbite. The doctor recommended treatment in the hospital, but she would have to wait her turn. By now the Russians were advancing on the Germans in Poland, and warplanes were constantly flying over the camp, in which the atmosphere, even among the Schutzstaffel (SS), was tense and nervous.

There were rumours that the war was ending and that the Germans were demolishing the crematoriums to hide evidence of the atrocities they were carrying out. Yet, Schloss says, “Anyway, we did not delude ourselves. We knew that we were still at the mercy of the Nazis, and there were many other ways they could murder us.”

It was, however, a fact that starvation and hard labour and associated deaths were rampant and people were just dying in their sleep. Each passing day could have been their last. SS men and women, with the assistance of the Kappos (female guards), were selecting people for removal from the barracks to other camps. This drove intense fear into Eva as her mother was lying in the hospital waiting for her.

Her fear morphed into reality as she was selected by an SS officer. “‘That’s a proctected child,’ warned the Kappo, ‘It might be wiser to leave her alone.’” Instead, he selected Franzi, Eva’s friend and comforter. It was another devastating loss for Eva.

“I felt so grateful to have known her. She had given me comfort and courage when I had been at my lowest, and now she had to go instead of me. I needed to stay behind because of Mutti,” she writes.

And in the third week of December 1944, many women were selected for unknown reasons. Eva was among them. She was worried, only to find out they were being brought to the hospital. There, she sent a message to Minni, who had been waiting for her for days.

“Now, she led me to my mother’s section, where she arranged for Mutti to be moved to an empty bunk, and there I joined her. At last we were together again,” she recollects.

Eva and her mother cuddled each other for days and talked about what had happened to them when they were separated. And all around the sounds of air-raid sirens and gunfire could be heard. Every able-bodied person was marched from the barracks to which people were no longer brought.

“The only exits were those of the dead. Many people were dying every day of starvation, disease and hypothermia. We sensed that the Russians were advancing. We waited for them, alternating between hope and despair. We prayed for them to arrive, but we knew nothing of their progress. Nobody seemed to know what was happening,” Schloss explains.