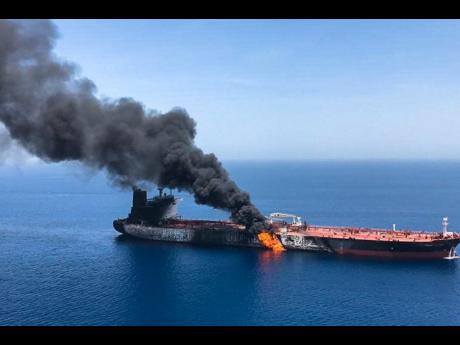 Saudi Arabia has called for a "rapid and decisive" response to recent attacks on oil tankers in the Gulf of Oman.

Further, the country’s Energy Minister Khalid al-Falih has warned that the attacks will threaten energy supplies and market stability.

Two oil tankers were attacked in the Gulf of Oman on Thursday, a month after four others were targeted off the coast of the United Arab Emirates (UAE).

Oil prices jumped as much as four per cent after Thursday's incident.

The United States (US) has blamed Iran for the attacks.

Iran has denied any involvement.

The attacks come amid increasing tensions between the US and Iran.

The US has produced a video which, it suggests, shows Iranian forces in a small boat taking an unexploded mine off the hull of one of the ships following Thursday's attacks.

However, American authorities have not provided evidence of Iran's alleged involvement in the previous attacks within UAE territorial waters.

Relations between the US and Iran have deteriorated significantly since US President Donald Trump took office in 2017.

He abandoned a nuclear deal and significantly tightened sanctions on Iran.

The head of the world's largest international shipping association says as a result of the attacks some companies have already ordered their ships not to enter the Strait of Hormuz and the Gulf of Oman.

Jakob Larsen, head of maritime security at BIMCO, military escorts for tankers could be an option if the situation worsened.