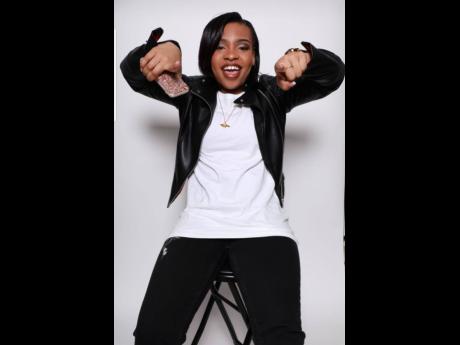 The conversations surrounding the shortcomings of the Church and the concept that it is failing its youth, continues with the latest contribution coming from the Reverend Shambrae Robb of the Ebenezer New Testament Church of God in Maryland.

Some traditional churches prohibit members certain attire such as jewellery, make-up, coloured hair and extensions, sleeveless tops and dresses, and women wearing pants outside the home.

Robb, who has ties to the country and ministers locally on occasions, shared that she has been approached by other young people who are frustrated with the lack of acceptance of some churches based on their outward appearance.

“This frustrates me for one, because I’ve lived it, and also because many of these young people want to grow in their faith – and have so much potential. And the church rejects them because they won’t adapt to outdated cultural preferences that are not mandated anywhere in the scriptures.

“I am passionate about the future of the church, and what we are seeing is a mass exodus of youth and young adults from traditionalised churches not because the young people don’t want God, but the church in reality doesn’t want young people,” she said.

The 21-year-old prophetess shared that “churches stuck in dead religion will blame every other thing in the world for why their young people are leaving, except their unhealthy obsession with unbiblical rules and regulations.

“Newsflash! No one is waiting on you to change!”

She continued: “I don’t have the patience for any establishment that wants to grow but refuses to change. You (churches) are going wake up five years from now and realise that you forfeited the future of your churches to traditionalism.

“The same ones you called rebellious for not adapting to your religious preferences are the very ones who carry revival, but you all are too bewitched to know the difference,” she said.

The young reverend concluded with her prayer for God to send reformers who will rescue churches out of what she referred to as the ‘bondage and bewitchment of dead religion’.

“Long live the church!” she said.

Similar sentiments were shared a few weeks ago when 46-year-old Michael Payton, Sunday school superintendent at a church, told Family & Religion that youths in the church will no longer allow themselves to be manipulated by the elders.

Payton, who had penned an informal letter to the church, wrote: ‘Dear Church, my generation is the last one who will tolerate abuse disguised as teaching, prejudice dressed as favour, opinion that became doctrine, promise-based promotions, jealousy covered as constructive criticism, selfishness hidden as management, screaming because you didn’t study, or do it because I said so.

‘God has countered our hypocritical ways. He seemingly has bypassed the church and speaking directly to this generation, through dreams, thoughts, projects, songs and revelation, resulting in a desire for a relationship and understanding we could only dream of. Revolution is under way. Stop barking and you’ll see it. Or just move out the way.’